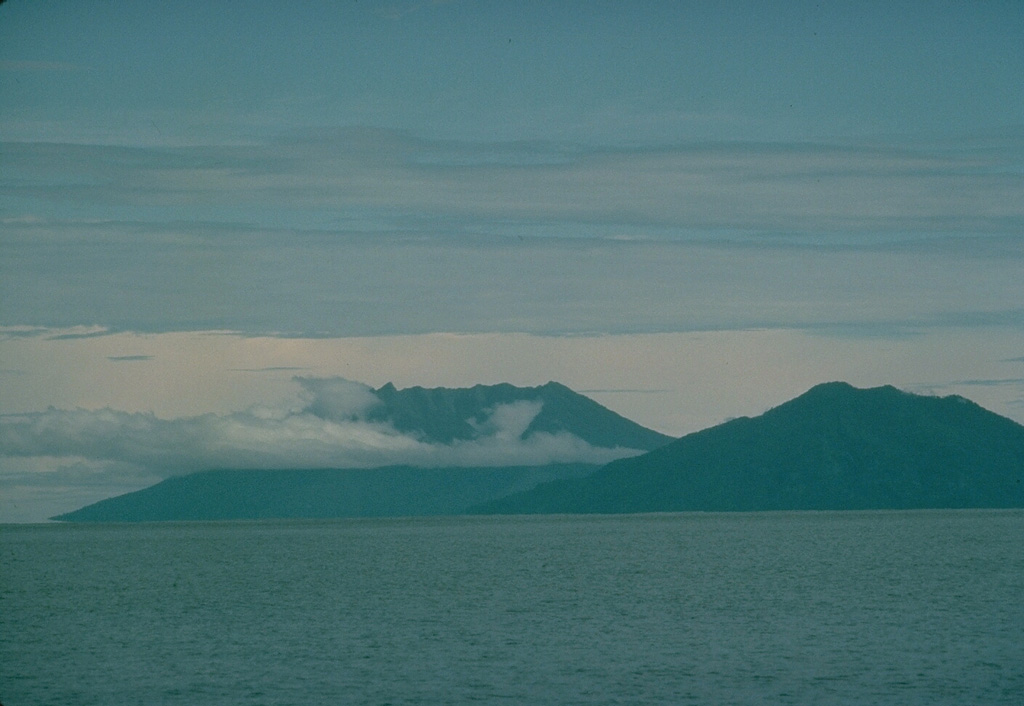 Two volcanoes of the North Maluku islands rise above the sea surface to the SW across the strait west of Halmahera Island. On the right is the 5-km-wide island of Moti, also known as Motir. The truncated, conical island is surrounded by coral reefs, and contains a crater on its SSW side. There are no confirmed historical eruptions from Moti, but flat-topped Makian volcano (left) has been the source of several powerful eruptions since the 16th century that have devastated the 10-km-wide island. 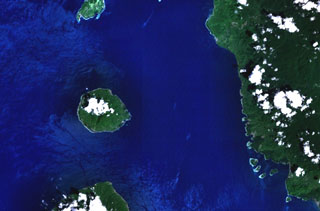