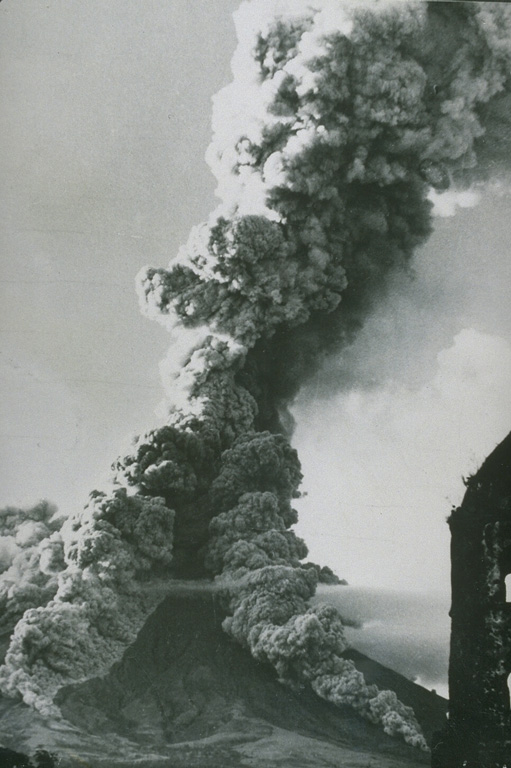 As ash plume rises above the summit of Mayon volcano on 27 April 1968 as pyroclastic flows travel down the SW and S flanks. This view from the SSW flank shows the Camalig church to the right, which was damaged by pyroclastic flows during the 1814 eruption. The 1968 eruption began on 21 April and lasted until 20 May.