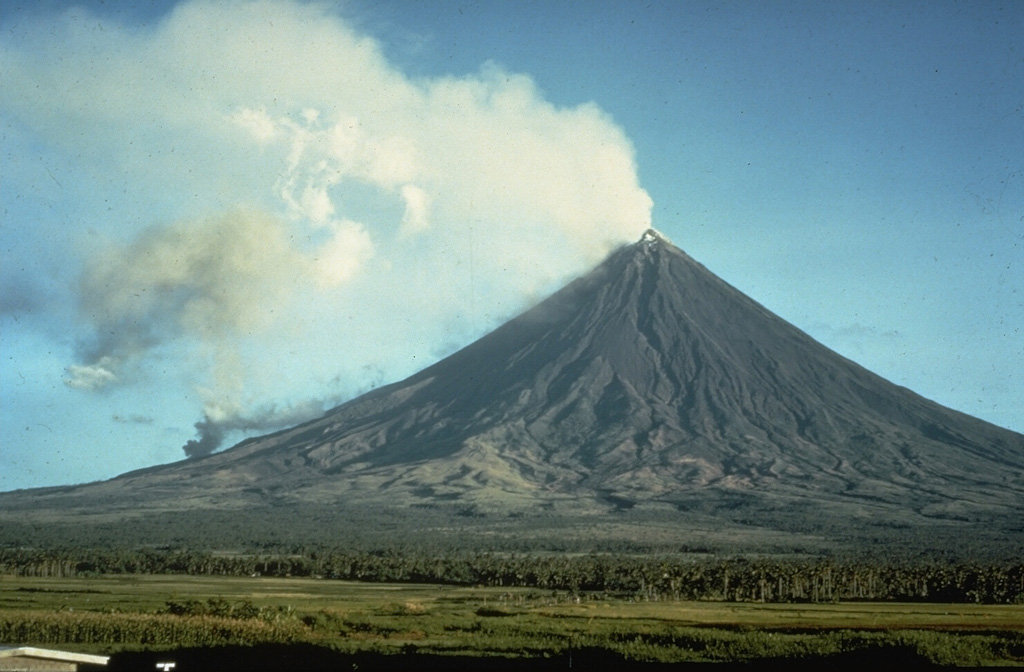 A gas-and-steam plume rises from the summit of Mayon volcano in this May 1968 view from Legaspi City on the SSE flank. The smaller plume on the lower left flank is from the lava flow front that descended 4 km from the summit.