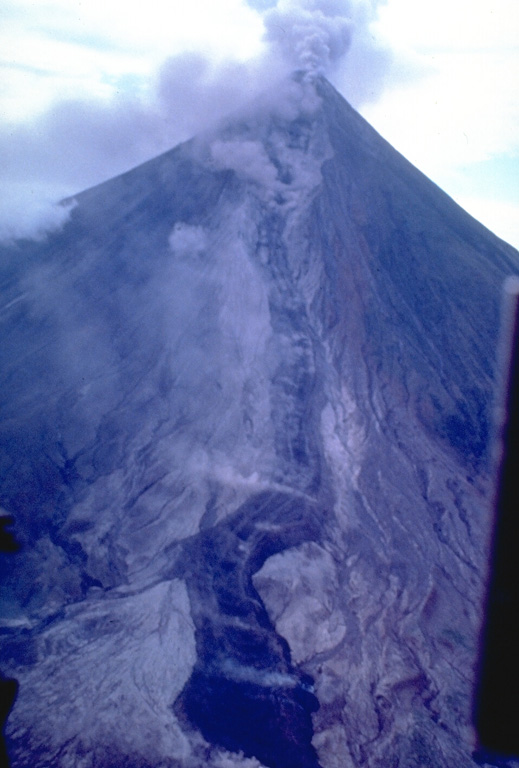 A lava flow descends the Bonga valley on the east flank of Mayon in March 1993. The lava flow had descended 4.5 km by 26 March and partially filled the deep Bonga valley, which was excavated by pyroclastic flows during the 1984 eruption.

Photo by Philippine Institute of Volcanology and Seismology, 1993.