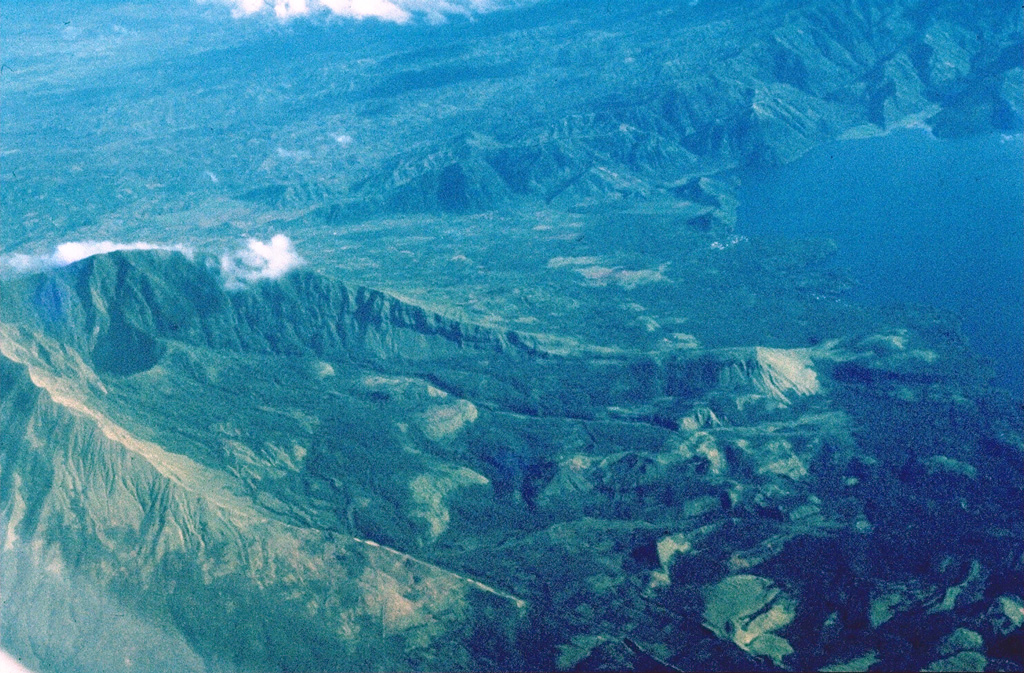 Collapses at the summit or flanks of volcanoes during major volcanic landslides can create large horseshoe-shaped craters that open in the direction of the landslide, like this 2.1 x 3.5 km crater at Iriga in the Philippines. It was produced by a massive landslide during the Holocene. The resulting debris avalanche traveled more than 10 km to the SE and flowed into Lake Buhi at the upper right. This view is from the south, with the summit to the left. 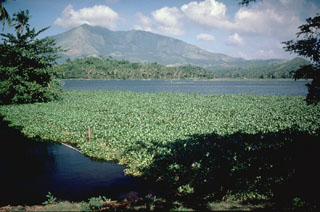