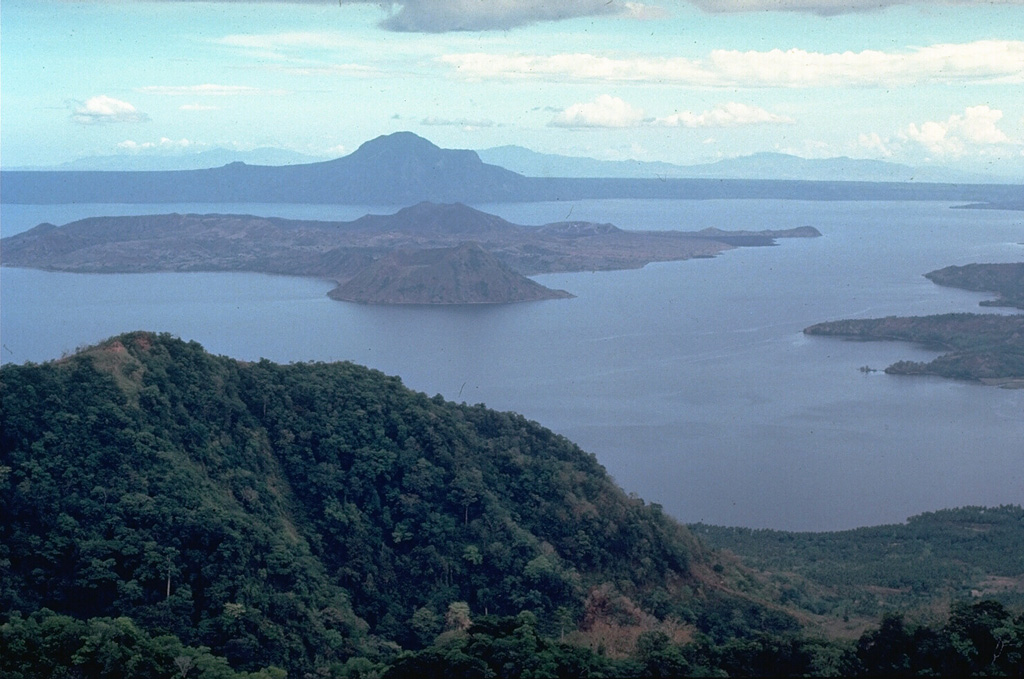 Taal caldera, seen here from its NW rim, is a 15 x 20 km caldera of Pleistocene and Holocene age. Volcano Island, in the north-central part of Lake Taal, has been the site of all historical eruptions at Taal volcano. The island is constructed of coalescing small tuff rings and scoria cones. Powerful phreatomagmatic explosive eruptions have occurred from several locations on the 5-km-wide Volcano Island and have produced pyroclastic surges.