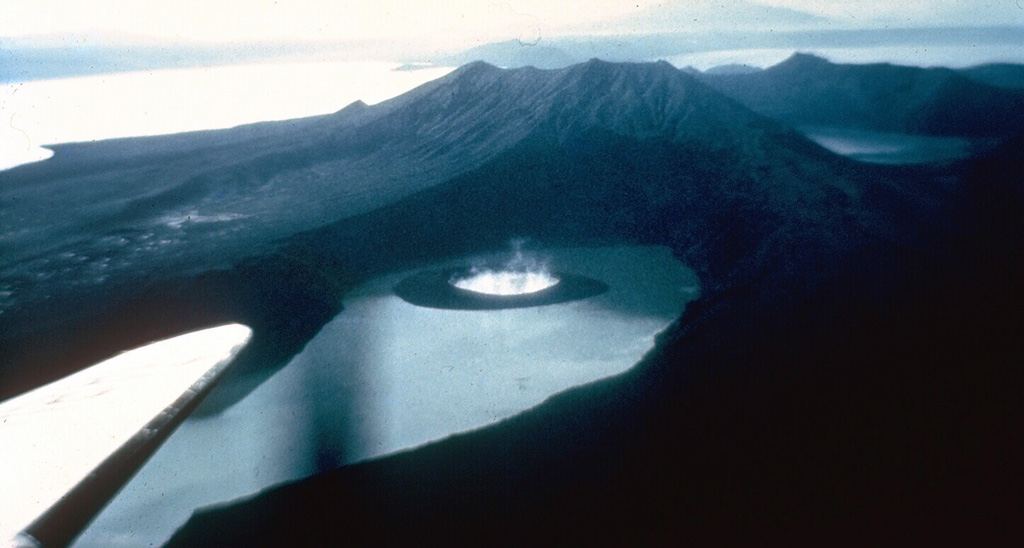 The small tuff ring in the center of the photo was produced towards the end of a powerful 1965 explosive eruption of Taal in the Philippines. The eruption from 28 to 30 September originated from a fissure on the SE flank of Volcano Island and produced devastating pyroclastic surges when lake water gained access to the vent. The vent is filled by an inlet of Lake Taal in this 1965 post-eruption photo from the S. Eruptions the following year almost completely filled this new inlet.