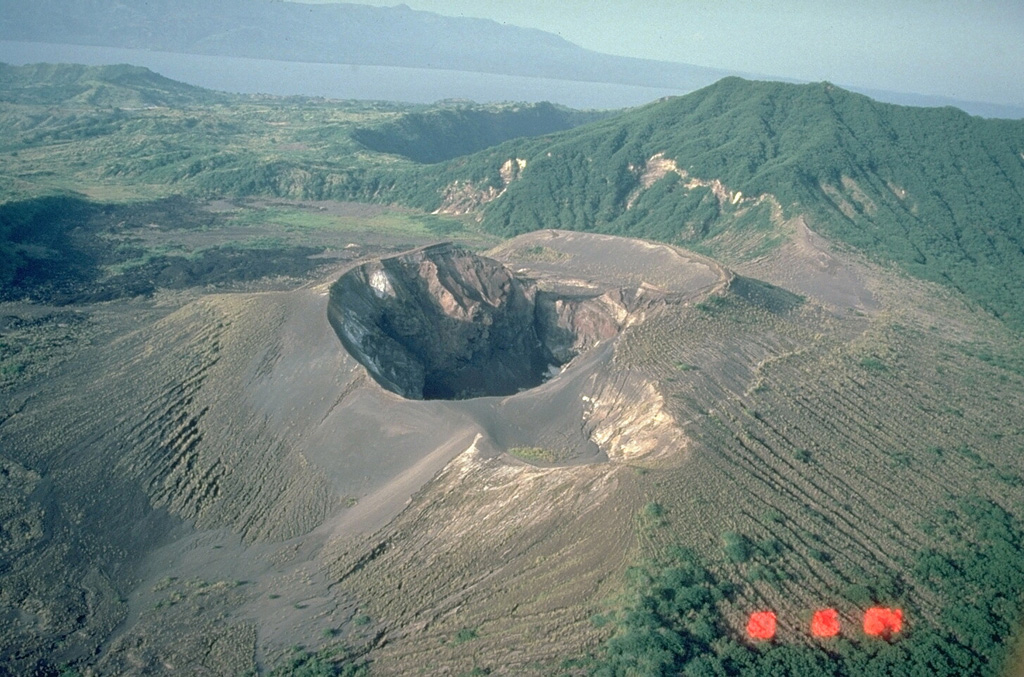 This 400-m-wide crater formed during an eruption of Taal in 1976. That eruption modified cones and craters that had been constructed during yearly eruptions from 1966 to 1970 within a larger crater that formed during the 1965 eruption. This 1984 photo from the SW also shows the small 1977 crater along the margin of the flat bench at the upper right side of the 1976 crater.