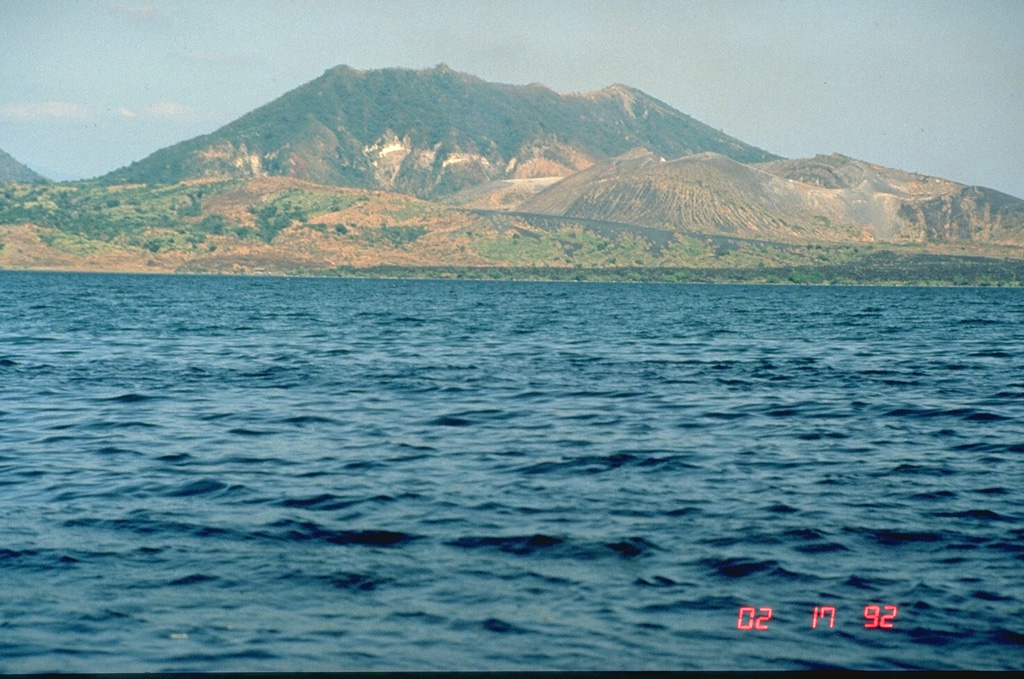 Mount Tabaro on Volcano Island at Taal is seen here from the west in 1992. The sloping ridge extending across the photo from the lower right shoreline is the rim of the elongate 1965 vent system. The dark lava flow along the coastline was erupted in 1968 from a scoria cone that formed in the 1965 vent. This and other overlapping scoria cones and craters at the right-center formed during 1966 to 1977 eruptions.