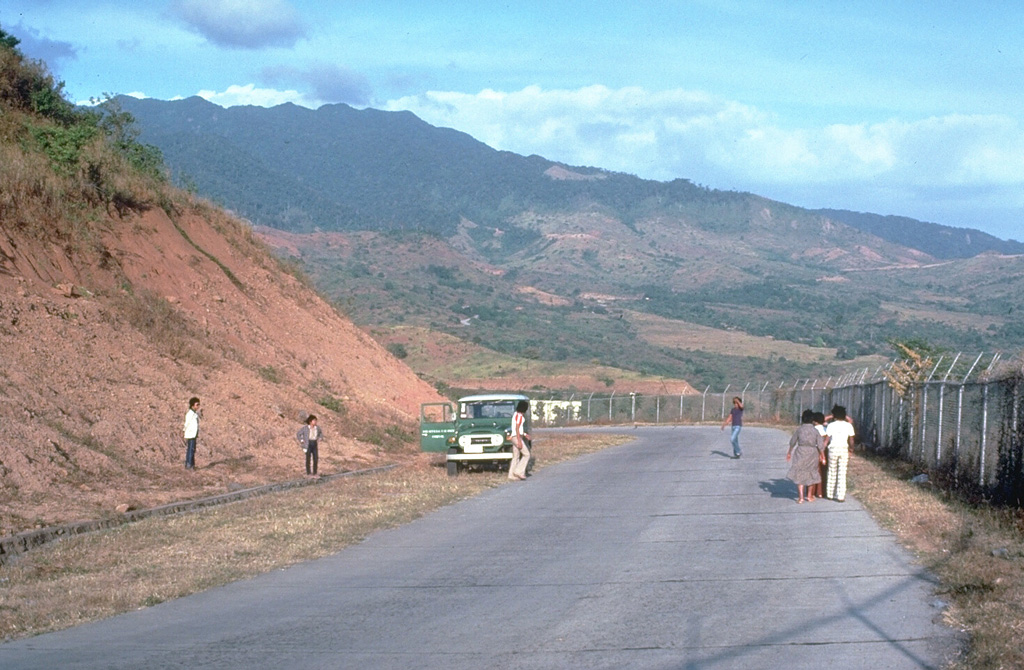 Mount Natib is located at the northern end of the Bataan Peninsula, S of Pinatubo. The summit of the volcano, seen here from the WNW, is truncated by a 6 x 7 km caldera. The age of the latest eruption is not known, but is considered to be late Pleistocene or Holocene. Five thermal areas are found in the summit region. 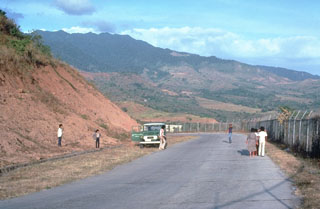