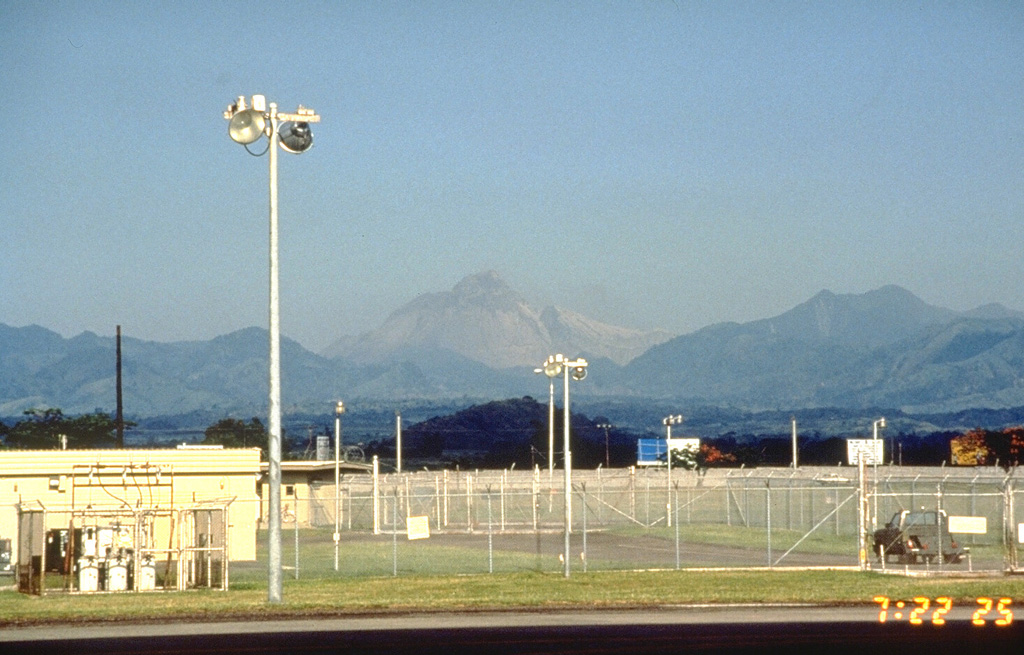 Pinatubo is seen here from Clark Air Base on the ENE the day before the catastrophic 14 June 1991 eruption that formed a caldera. The evacuation of Clark Air Base was completed on 10 June. The peak in the center is the former 1,745 m summit, which is covered with ash from activity that had begun on 2 April and intensified strongly on 12 June. The high dark ridge to the right is the NE rim of the 4 x 5 km Tayawan caldera of ancestral Pinatubo volcano.