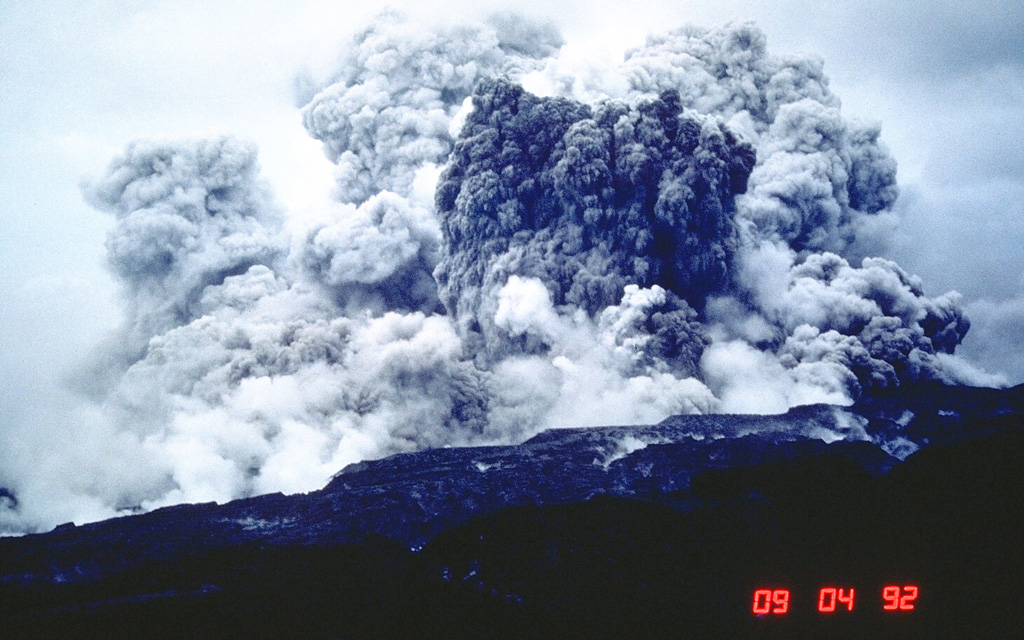 An ash plume rises several kilometers above the west flank of Pinatubo on 4 September 1992. This was not the result of an eruption, but of secondary explosions produced when water contacted still-hot pyroclastic flow deposits of the 1991 eruption. This can occur either when channel banks eroded into the deposits collapse into streams, or when groundwater invades hot deposits along buried stream channels. Ash plumes as high as 18 km were produced by these events, as well as pyroclastic flows.