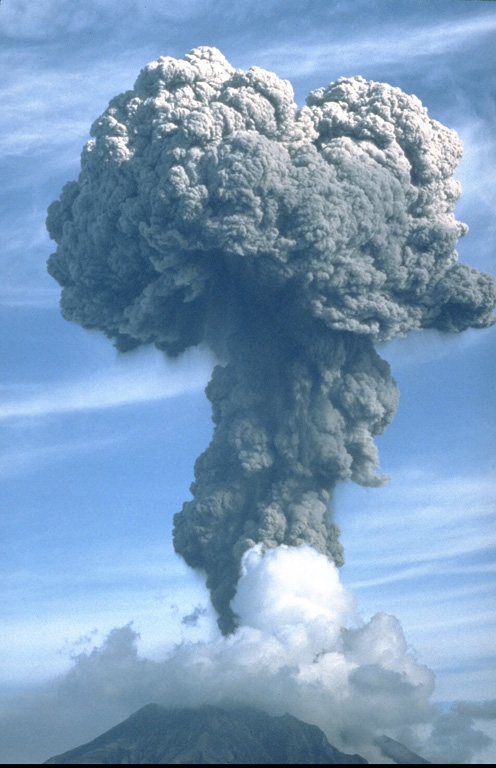 An ash plume rises above Sakurajima on 9 September 1985, where frequent explosive activity has occurred since October 1955. Eruption plumes typically rise 1-3 km above the vent, with occasional larger explosions. Ashfall commonly occurs over the island and periodically in Kagoshima City, 8 km to the west. Larger explosions eject ballistic blocks that have damaged structures on the island.