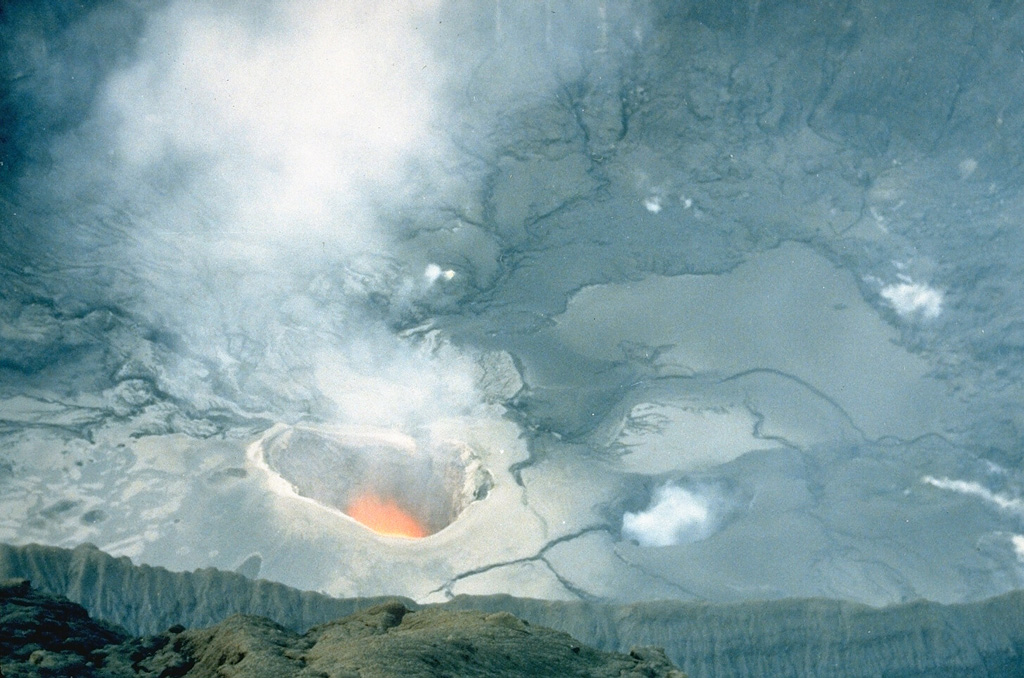 A plume rises from an incandescent vent on the floor of the crater of Nakadake on 25 April 1985. Moderate eruptions that ejected mud and ash had begun in April 1984 and continued intermittently until June 1985. Frequent ash eruptions occurred from 1 March to the night of 5-6 May 1985.