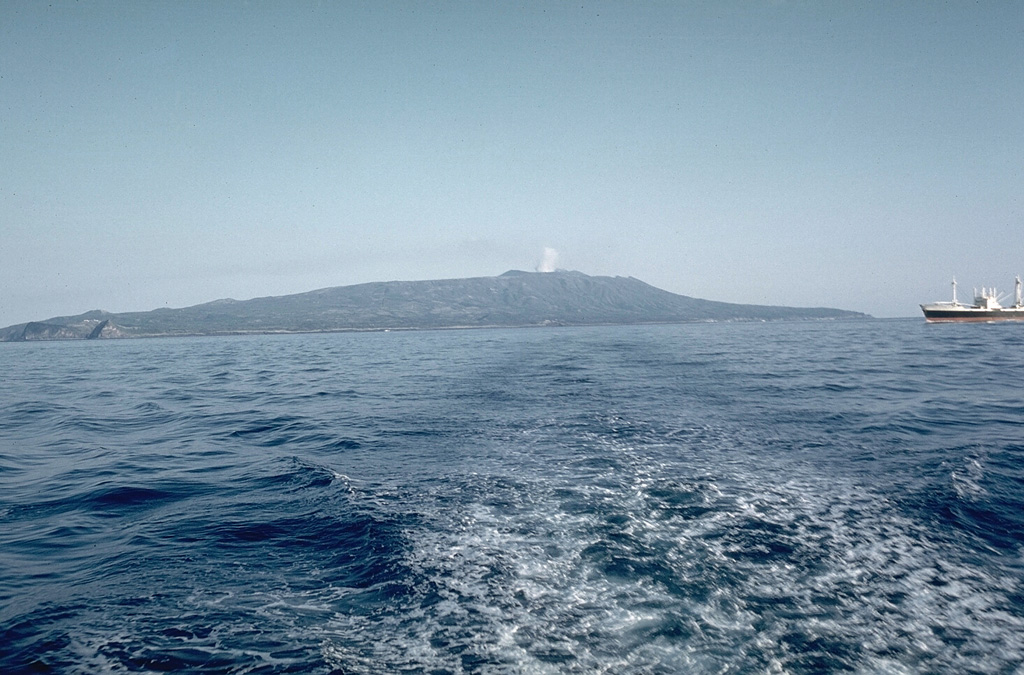 Oshima is the northernmost of the Izu Islands, seen here from the NW in Sagami Bay. The broad, low-relief volcano forms an 11 x 13 km island constructed over the remnants of three older edifices. It contains a 4-km-wide caldera containing the Miharayama cone, seen here producing a small plume in 1961, which has produced numerous recorded eruptions.