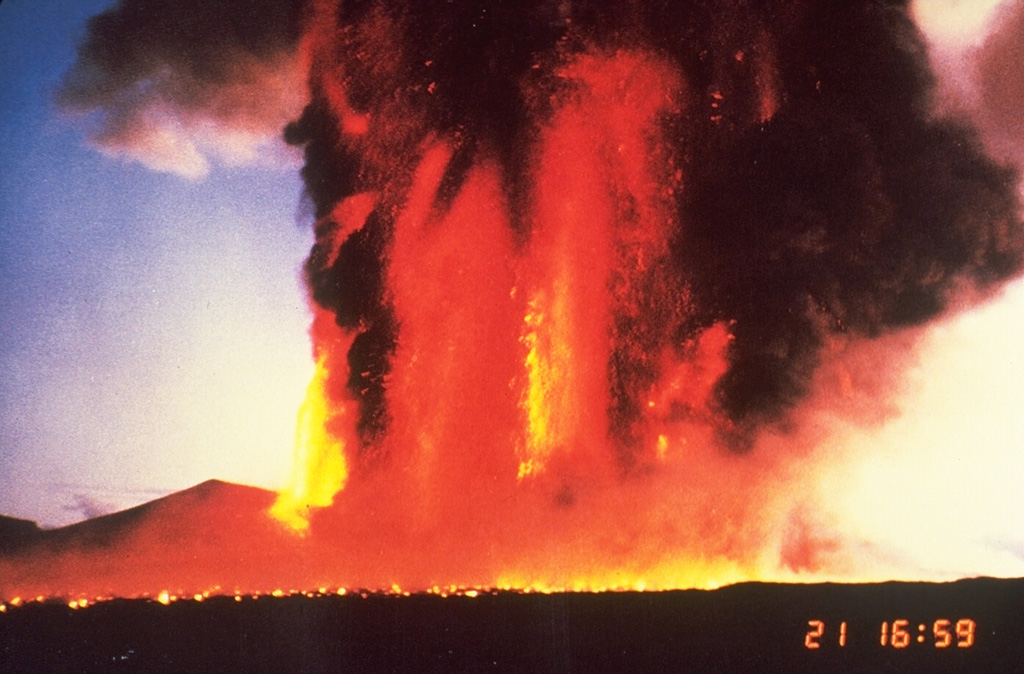 Lava fountains on 21 November 1996 reached 1.6 km above a fissure on the northern flank of Miharayama at Izu-Oshima. The horizontal line in the foreground is an advancing lava flow produced by molten ejecta from the fountains. The 1986 eruption began on 15 November with lava fountaining and lava flows lasting four days.

Photo by Katsuyuki Abe, 1986 (courtesy of the Volcanological Society of Japan).