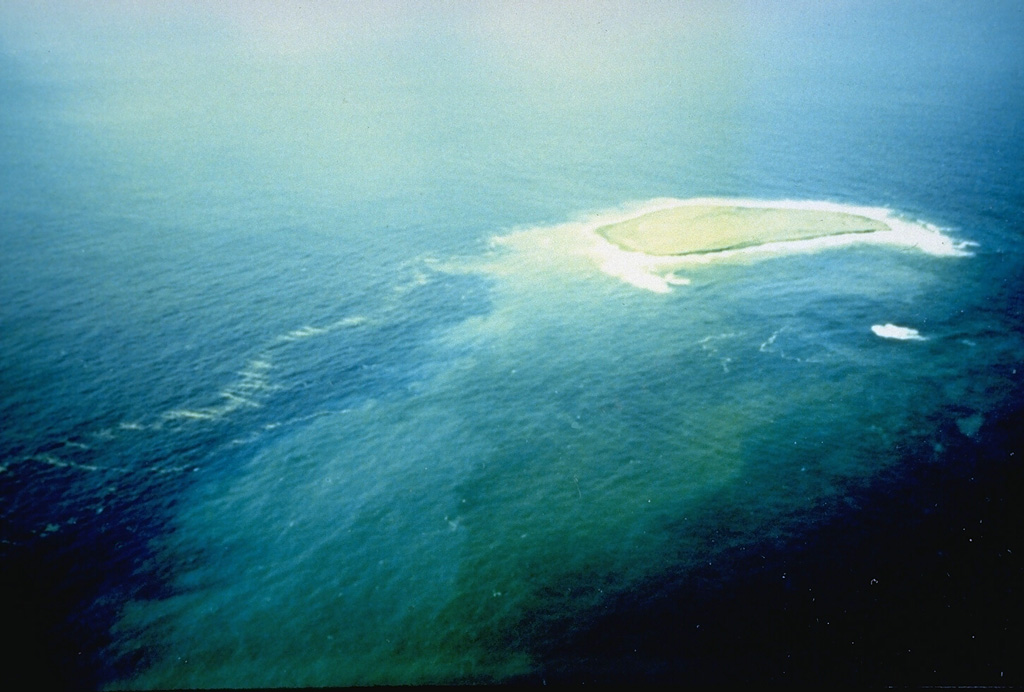 This photo shows a new island at the Fukutoku-Oka-no-ba submarine volcano on 28 January 1986. It was first seen on 20 January, four days after fishing boats observed an eruption plume rising from the ocean. The island reached a maximum size of 400 x 600 m, with a height of 15 m. By 22 January explosive activity had ceased, and the island was completely eroded away by 8 March.