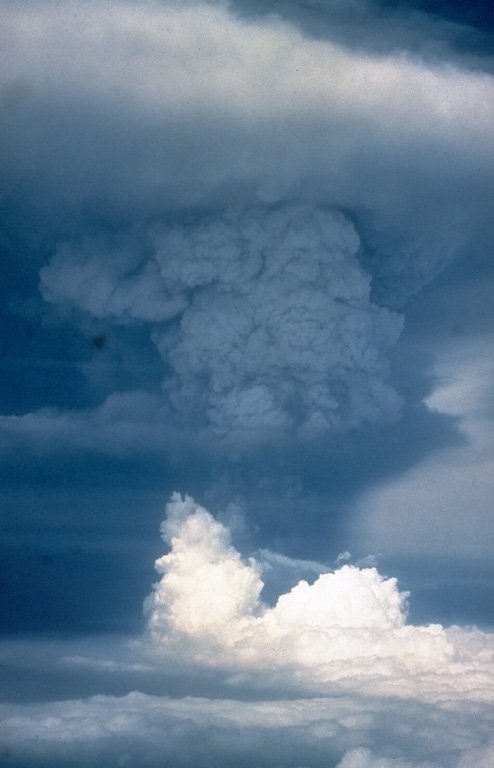 An ash plume towers above Pagan volcano on 18 May 1981, three days after the onset of the eruption. The initial eruption on 15 May produced ash plumes that rose to estimated heights of 16-20 km. Three vents along a fissure formed across the summit on 15 May. An upper NE flank cone produced a new scoria cone, and vents on the N and S summit crater rims produced lava flows that traveled down the flanks. Intermittent explosive activity continued until 1985.