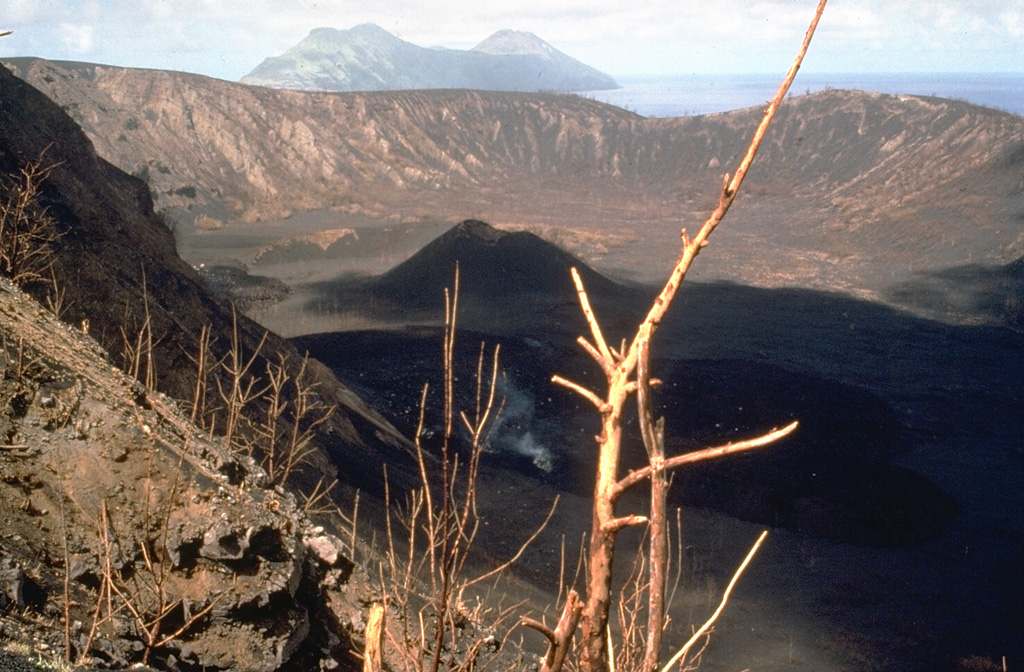 Two maars on the western flank of North Pagan volcano. Pyroclastic surge deposits from the latest eruption of the 1.5-km-wide eastern maar, seen here from the NE with South Pagan volcano in the distance, were radiocarbon dated to about 150 years old. This 24 May 1981 photo shows a lava flow on the floor of the maar (producing a white plume) that originated from the summit crater during an eruption that began on 15 May.