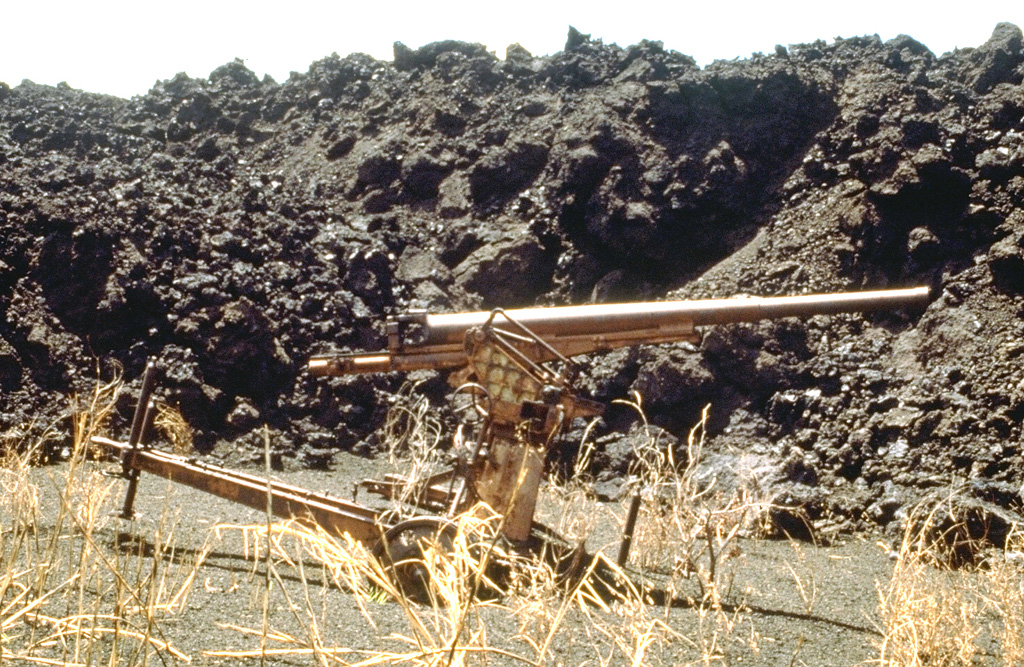 The SW-flank lava flow from the May 1981 eruption overran a Japanese World War II bunker and ashfall from the eruption partially buried this anti-aircraft gun. The lava flow traveled 3 km from its vent on the south crater rim. Other flows traveled down the north flank almost to the coast.