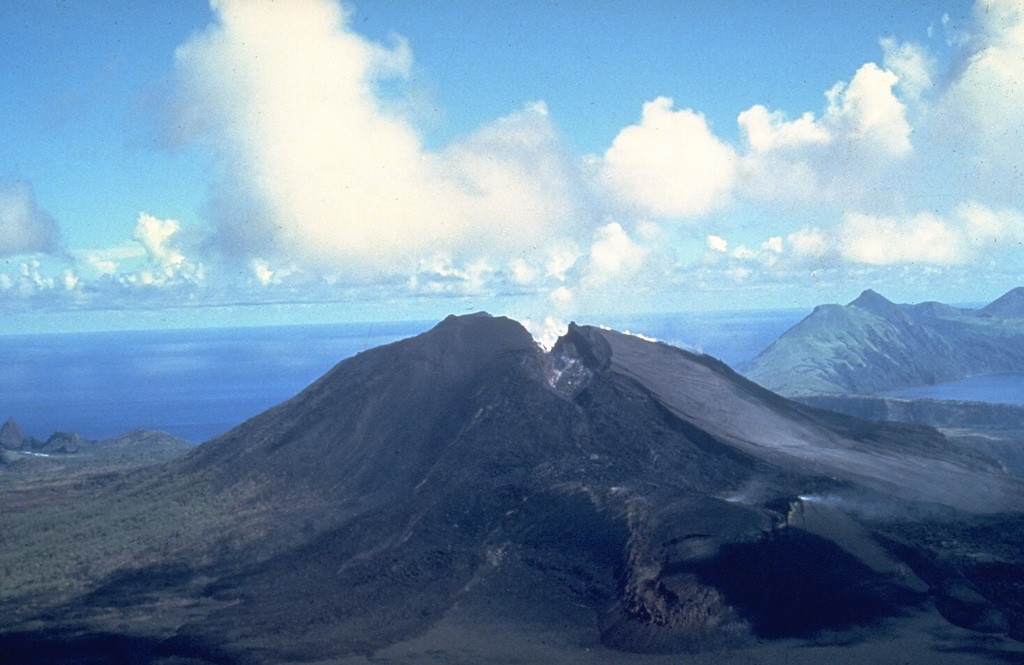 A fissure that formed during an eruption of North Pagan volcano in the Mariana Islands in 1981 cuts across the summit of the volcano. Three principal vents were active along the fissure. A scoria cone (foreground) was constructed at the northernmost vent, and vents on the north and south rims of the summit crater fed lava flows that traveled down the flanks. Blocks as large as 1 m in diameter were ejected to distances of 2 km from the vent. This 16 June 1981 photo shows South Pagan volcano at the upper right.