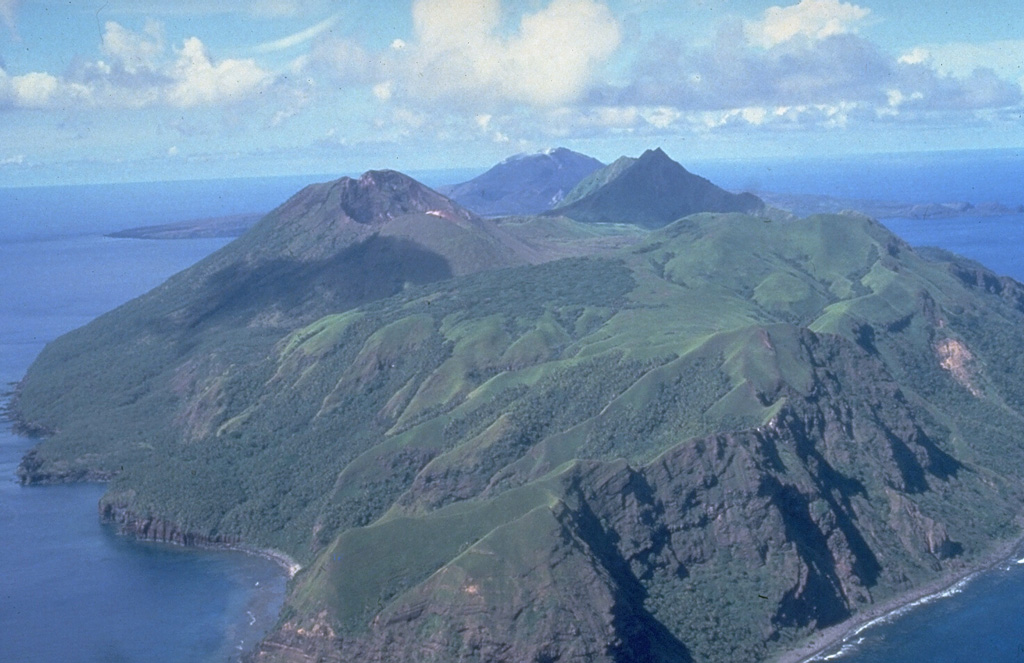 South Pagan volcano occupies the SW end of Pagan Island and has four craters. The ridge in the right foreground is the eroded rim of a 4-km-wide caldera containing the volcano. Eruptions volcano occurred during the 19th century, but it has been much less active than North Pagan, the peak at the far center on the NE tip of the island.