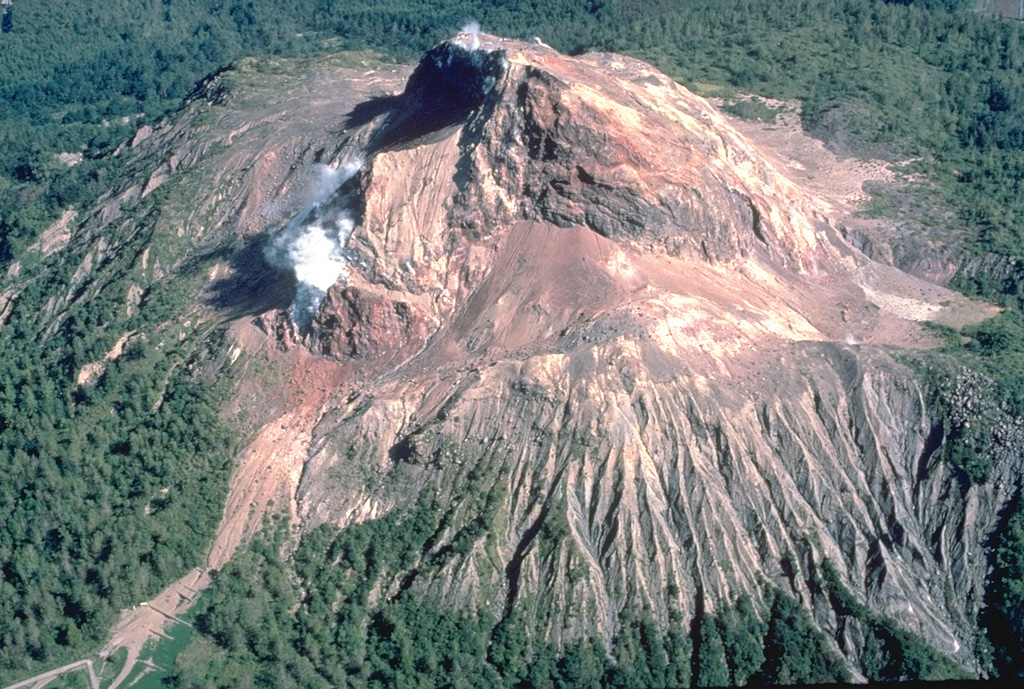 Showa-Shinzan lava dome, seen here in an aerial view from the east in 1981, was born in a cornfield on the eastern flank of Usu volcano during a 1944-45 eruption. The dome eventually rose 275 m above the pre-eruption surface. Scientific observation was only sporadically possible during this war-time eruption. The local postmaster, Masao Mimatsu, made careful sketches of growth of the dome that provided an invaluable record of the eruption's progress.