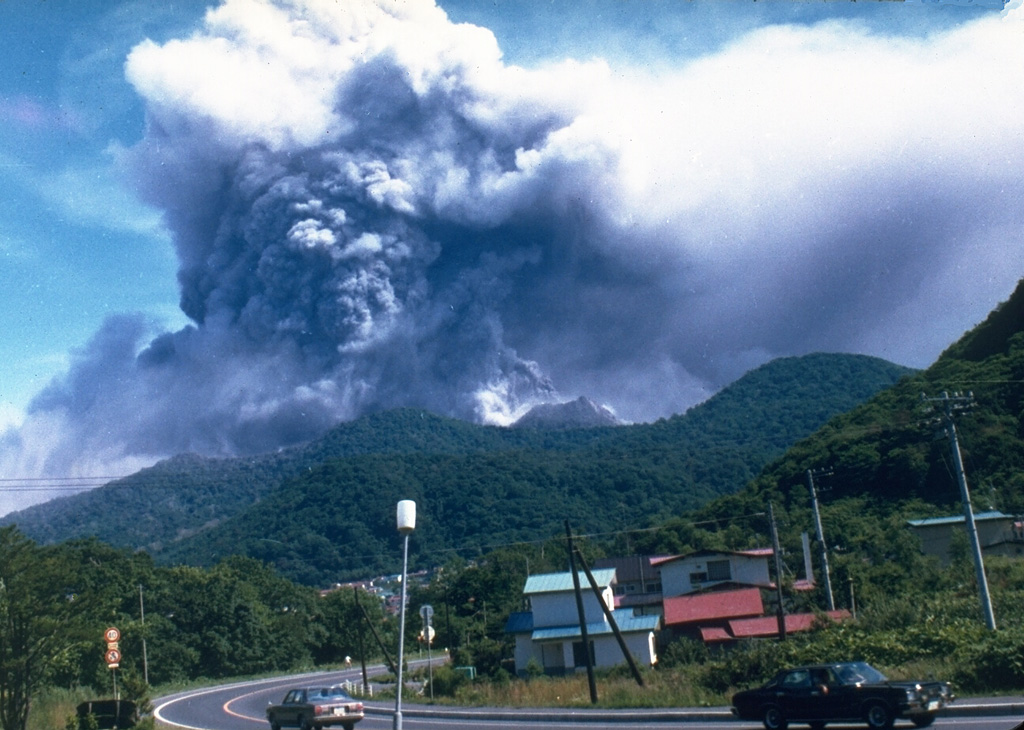 An ash plume rises above Usu on the afternoon of 7 August 1977, on the first day of an eruption that lasted until 1982. Nine major explosive eruptions during 7-14 August 1977 were followed by slow growth of the Usu-Shinzan cryptodome. A crypotodome is a lava dome that uplifts the ground without breaking through to the surface.