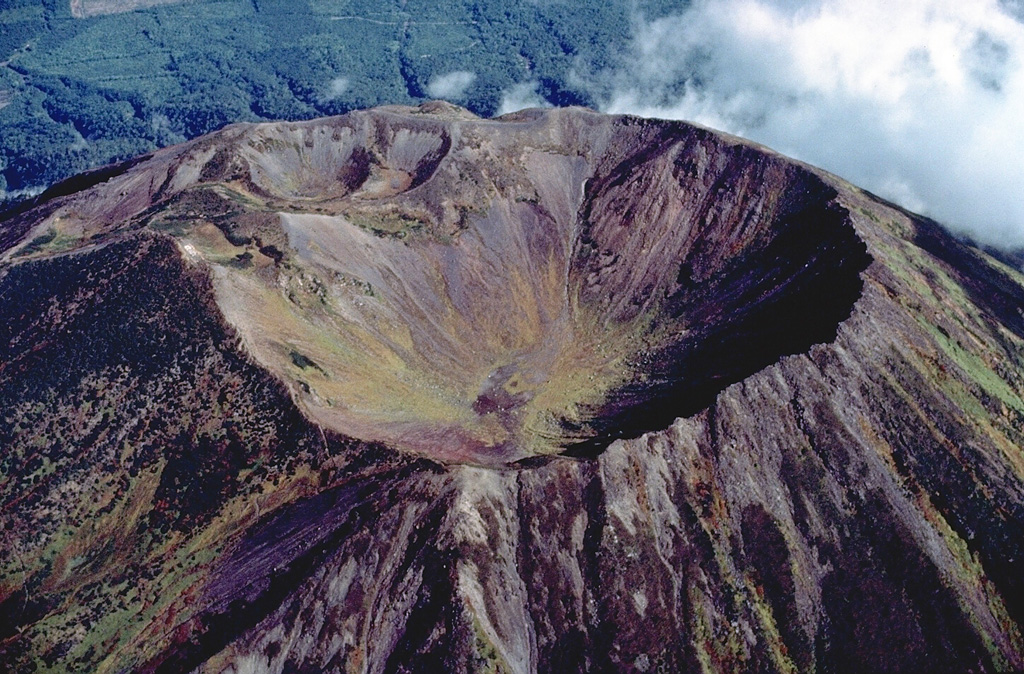 Several generations of craters can be seen at the summit of Yotei volcano in SW Hokkaido, Japan. The principal crater of the symmetrical Yotei stratovolcano, seen here from the south, is 700 m wide. The NW rim of the crater was later modified by eruptions that produced the two overlapping smaller craters at the upper left. No historical eruptions are known from Yotei volcano. 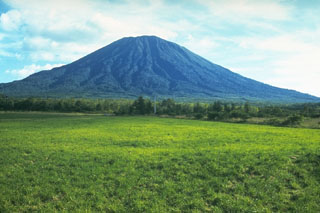