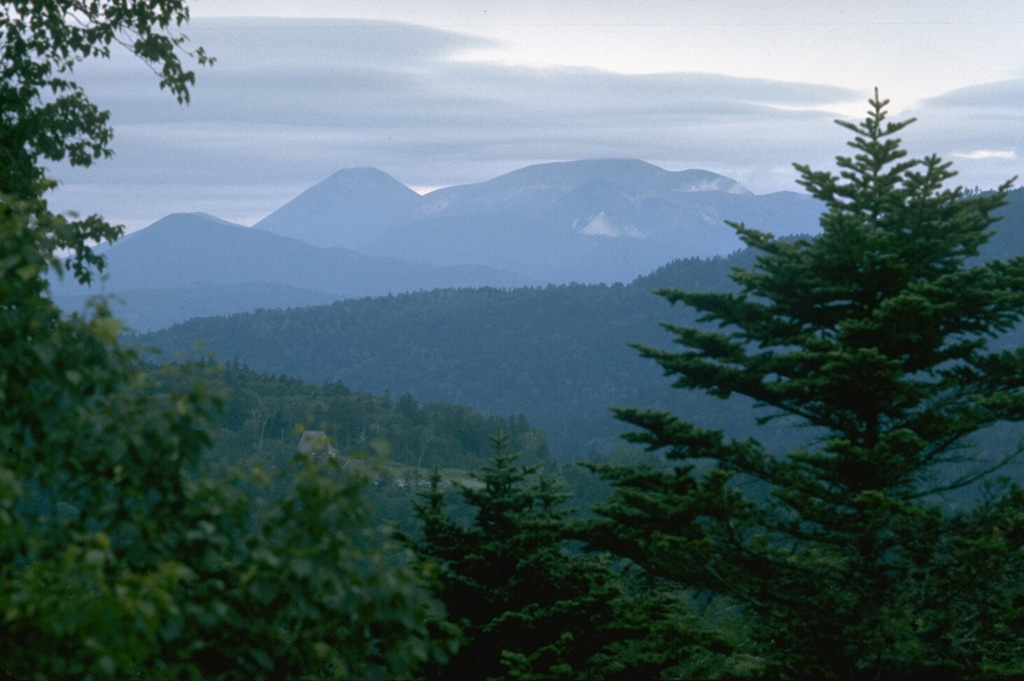 The Meakan volcano group, E of lake Akan, is the site of historical activity in Akan caldera. Meakan (center) is seen here with Akan-Fuji to the right. They are part of a group of volcanoes constructed within the 13 x 24 km Akan Caldera, which formed more than 31,500 years ago immediately SW of Kussharo caldera. The Meakan group has produced mild phreatic eruptions since the beginning of the 19th century, including two days before this 23 November 1996 photo.