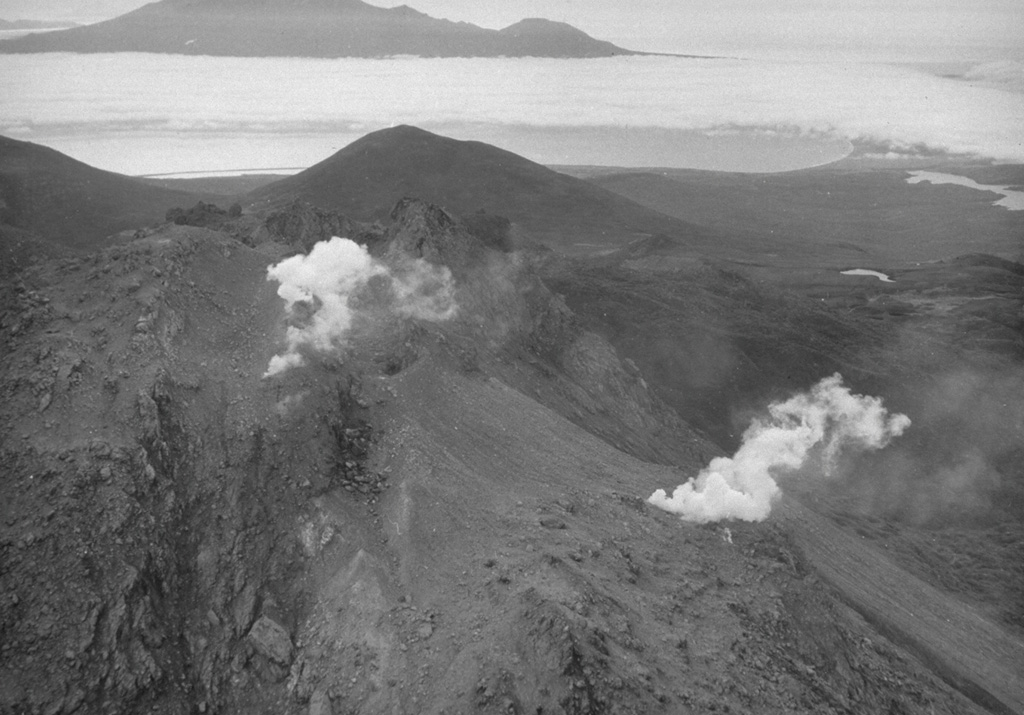 The Etorofu-Yakeyama (Ivan Grozny) volcano group in central Iturup Island contains the historically active Yakeyama (Grozny) andesitic lava dome and several other Holocene domes to the NE. This September 1989 view from the E shows geothermal emissions that began at the time of a minor 1989 eruption on the N flank of the active dome.

Photo by A. Samoluk, 1989 (courtesy of Genrich Steinberg, Institute for Marine Geology and Geophysics, Yuzhno-Sakhalinsk).