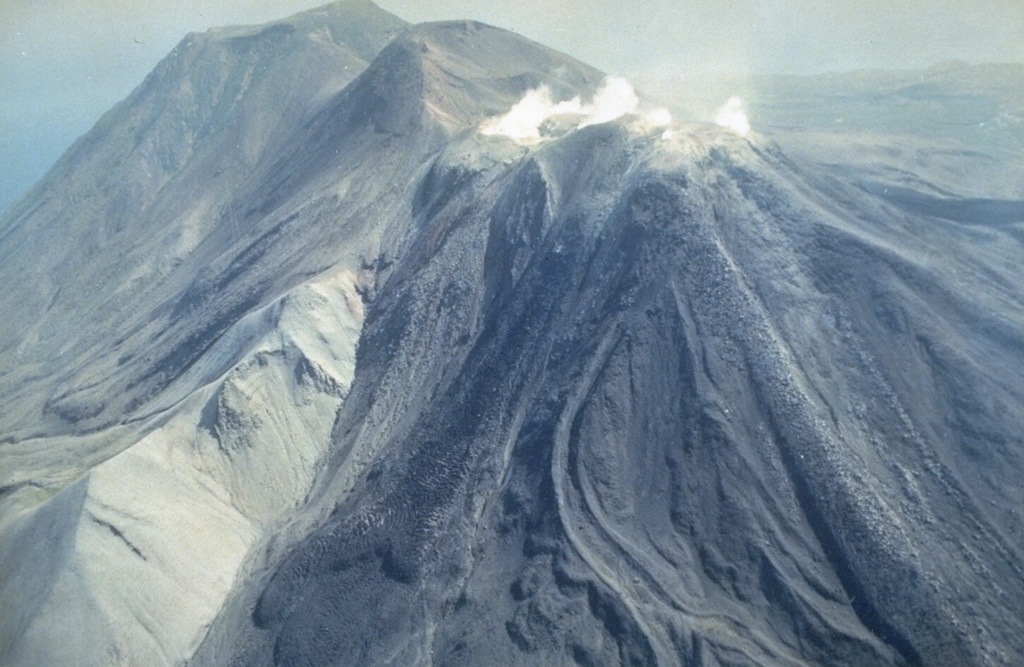 Moyorodake is a complex of several cones and lava domes at the NE tip of Iturup Island. The easternmost and highest, Medvezhii (top left) is along the Pacific coast. Srednii (center) is immediately to the west and has produced lava flows that reached the coast. The slightly lower historically active Moyorodake cone (right-center) has also produced lava flows.