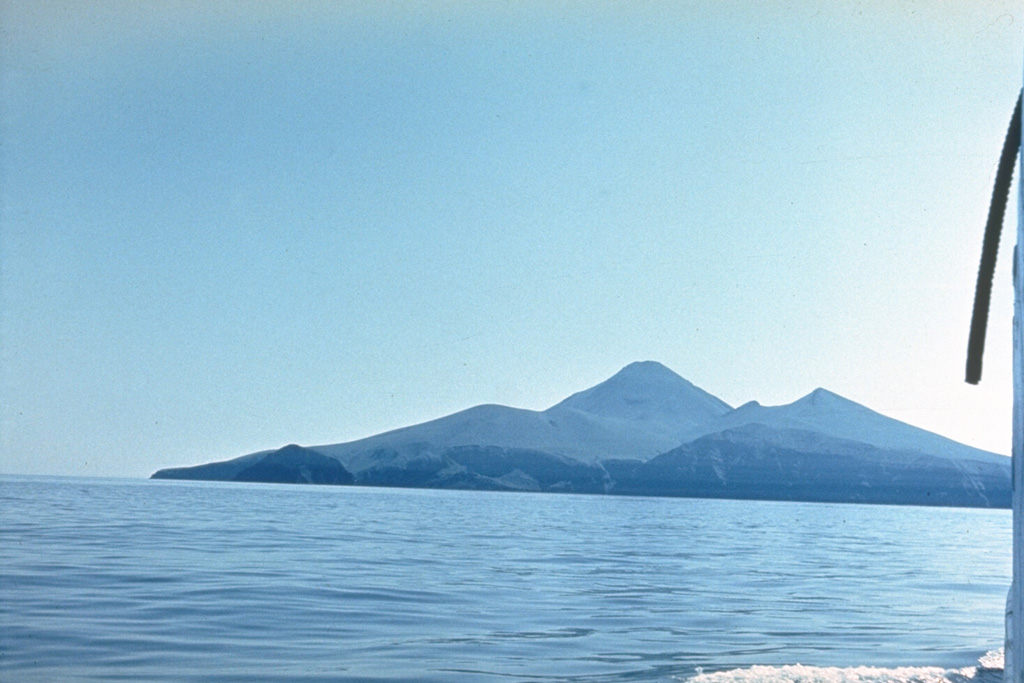 Chirpoi Island contains multiple volcanic edifices constructed within an 8-9 km wide, partially submerged caldera. This view from the east shows the Snow cone (left), Cherny (center), and the eroded Chirpoi to the right. Cherny erupted twice during the 18th and 19th centuries and Snow erupted between 1770 and 1810. It is composed almost entirely of lava flows, some of which form the shoreline in the foreground.