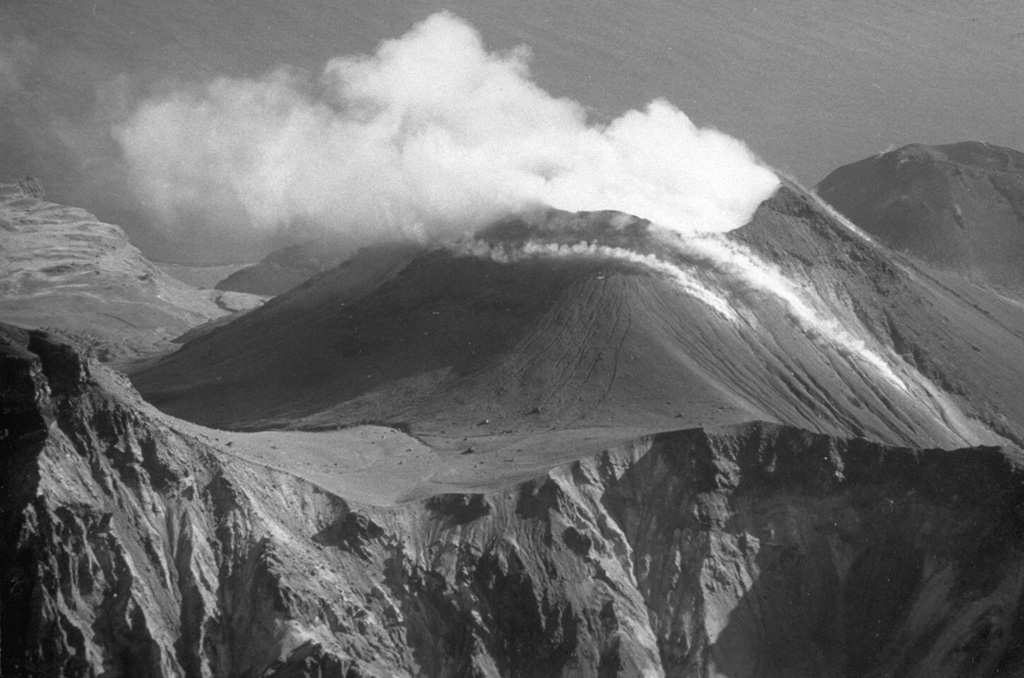 Plumes rise from the summit crater and fumarolic vents on the Cherny cone in October 1990, seen here from the NW. It contains a 330-m-wide crater with active fumaroles. Cherny is one of two cones on Chirpoi that have been recently active, with eruptions in 1712 or 1713, and 1857.

Photo by A. Samoluk, 1990 (courtesy of Genrich Steinberg, Institute of Marine Geology and Geophysics, Yuzhno-Sakhalinsk).