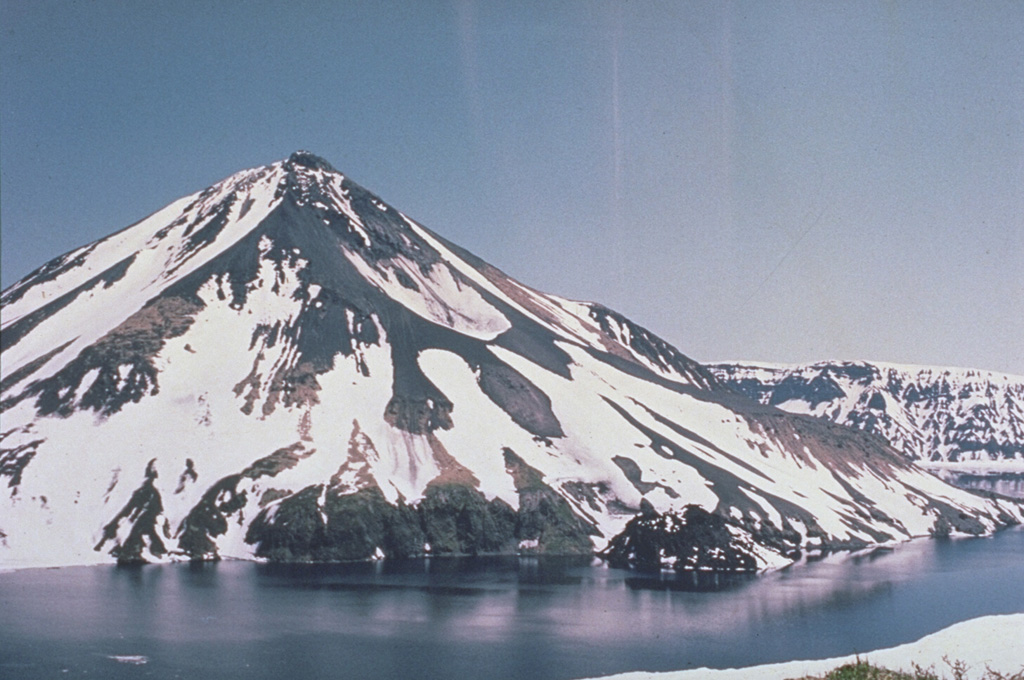 Krenitzyn Peak is a post-caldera cone that forms a 4-km island rising above the rim of 7.5-km-wide Tao-Rusyr caldera. It has a 350 m summit crater and a large shallow crater (left center) on the upper NE flank. The small dark mass along the eastern shoreline (right-center) is a lava dome that was emplaced in 1952. Kal'tsevoe lake fills a caldera that formed about 7,500 years ago during one of the largest Holocene eruptions in the Kuril Islands. 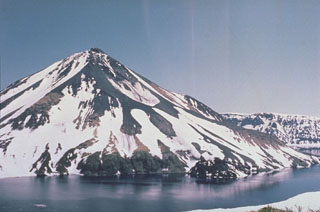