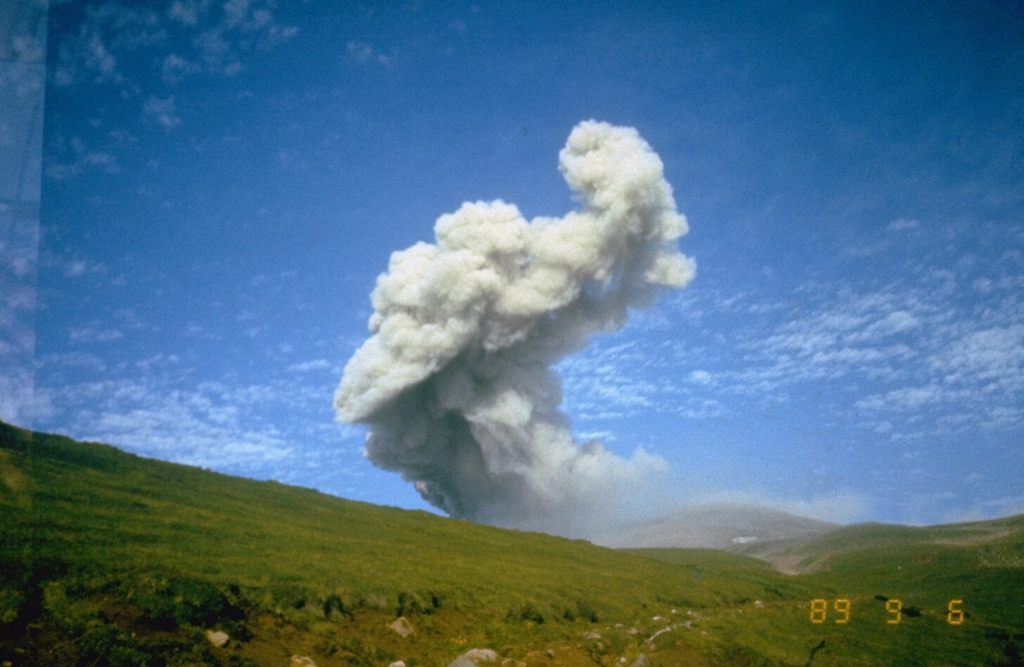 An ash plume rises above the North crater of Ebeko volcano at the northern end of Paramushir Island on 9 September 1989. An explosive eruption that began on 2 February 1989 continued until April 1990. Three summit craters located along a SSW-NNE line form the main edifice at the northern end of a complex consisting of five cones. Activity recorded since the late 18th century has included small-to-moderate explosive eruptions from the summit craters.