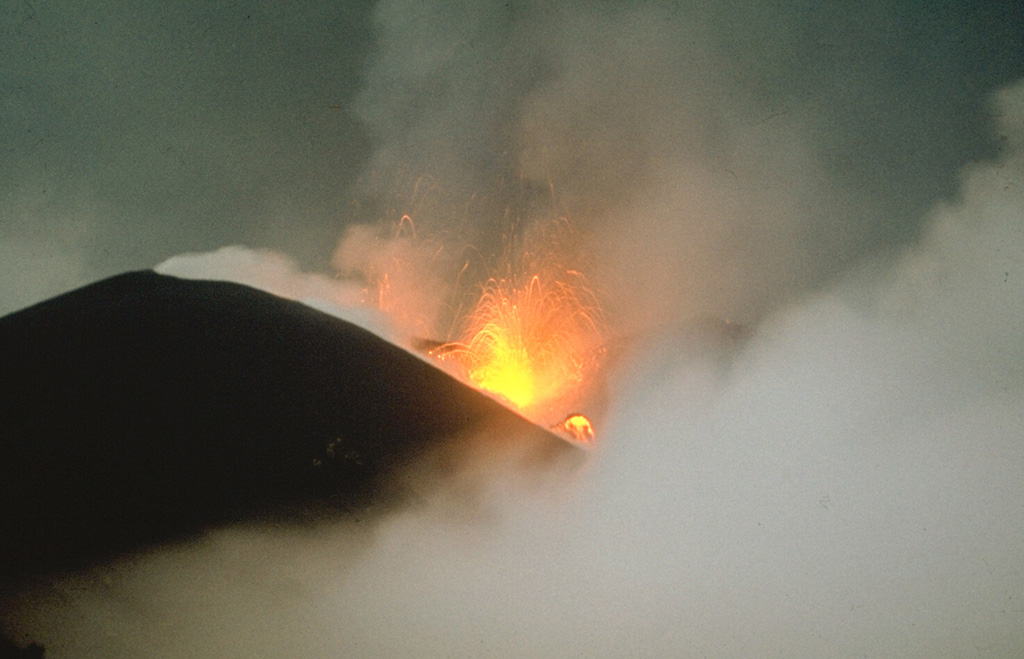 Strombolian eruptions occurred at vents along a 2-km-long fissure on the NW flank of Alaid in 1972. Explosive activity began on 18 June and was accompanied by lava extrusion beginning on the 21st. By 16 July lava flows dominated the activity, extending 1 km to the sea and forming a new peninsula. Explosive activity diminished prior to the end of the eruption on 11 September.