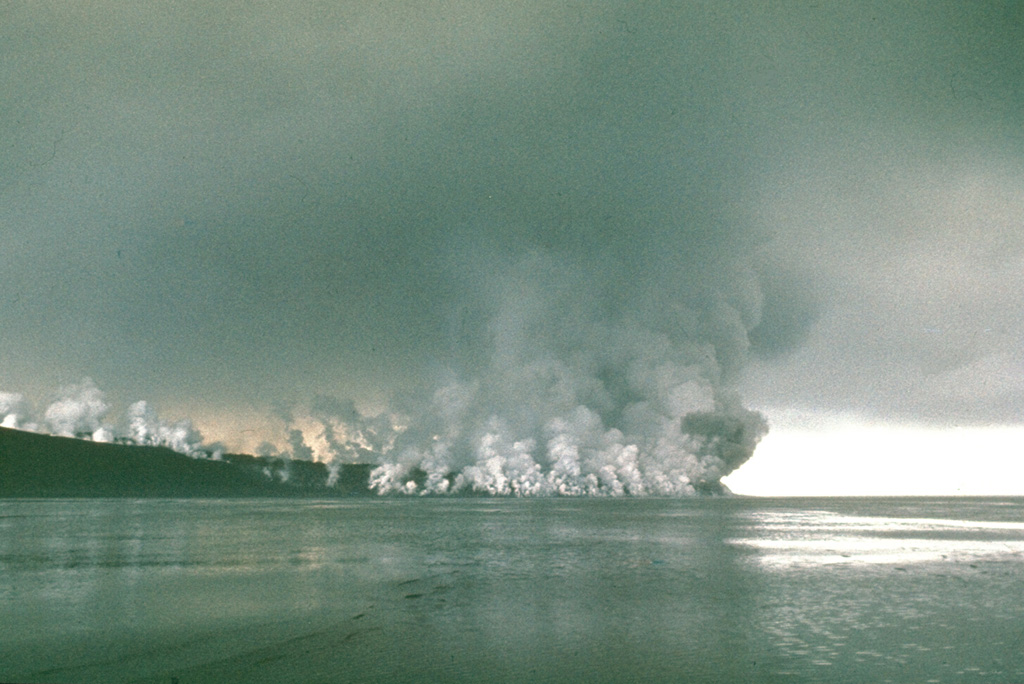 Gas-and-steam plumes rise above a lava flow advancing into the Sea of Okhotsk on the NW flank of Alaid in 1972. The flow erupted from NW-flank fissures and traveled 1 km and, creating a new 1 km2 peninsula. The eruption began with explosive activity from a 2-km-long fissure on 18 June 1972 and transitioned to lava flow extrusion beginning 21 June.