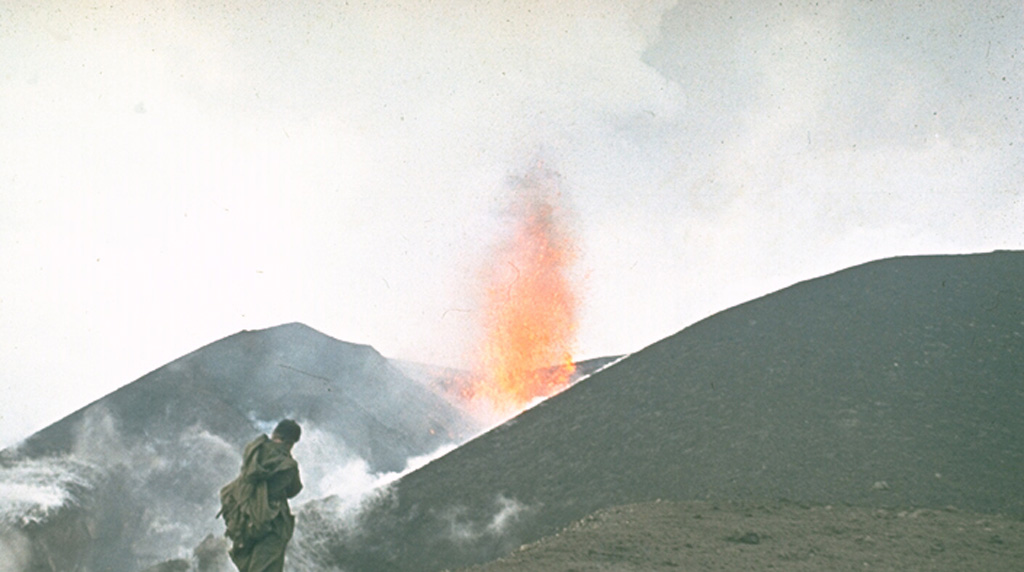 A volcanologist from the Institute of Volcanology in Petropavlovsk observes a lava fountain from an Alaid scoria cone in 1972. The eruption began on 18 June and lasted until 11 September. A chain of small cones was formed on a 2-km-long fissure on the lower NW flank and lava flows reached the sea and formed a new peninsula.