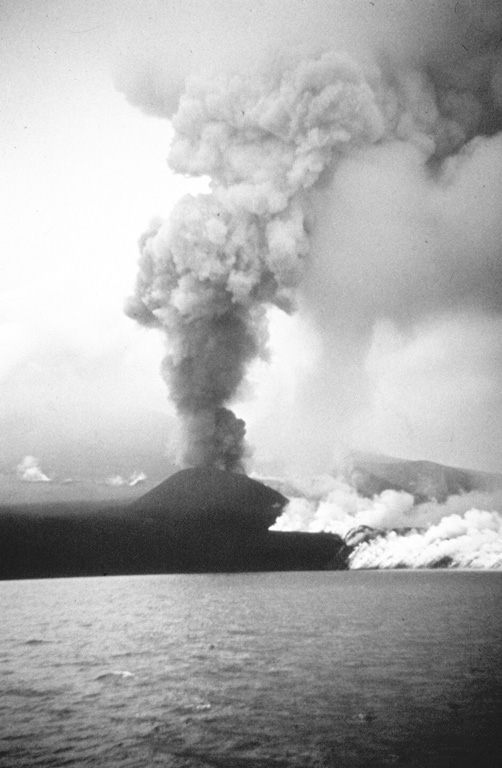 The 1972 eruption of Alaid in the northern Kuril Islands, seen here in August, was characterized by both explosive and effusive activity. An ash plume towers above a small scoria cone that formed on a 2-km-long fissure on the NW flank, while white gas-and-steam plumes rise from the margins of this lava flow that traveled 1 km into the Sea of Okhotsk. The eruption began on 18 June and ended by 11 September.