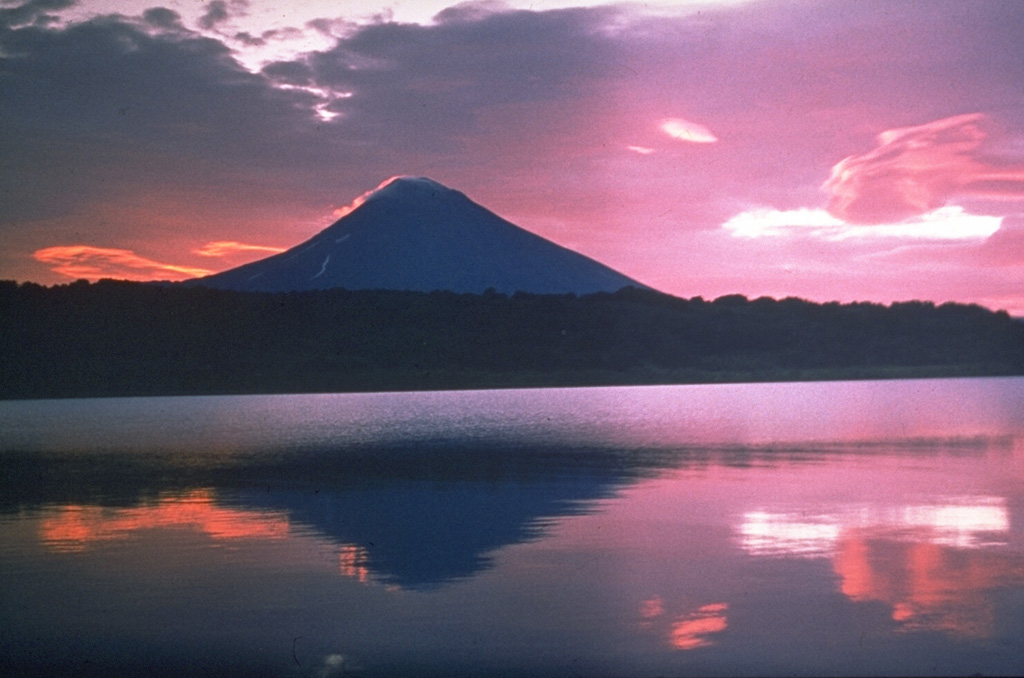 Iliinsky volcano at sunrise above the NE shore of Kurile Lake, was constructed beginning about 8,000 years ago within a 4-km-wide caldera of about the same age as the Kurile Lake caldera. It is one of several visible from the shores of one of Kamchatka's most scenic lakes. Its latest eruption, in 1901, created a 1-km-wide crater on the NE flank. The 10-km-wide Kurile Lake caldera was the source of one of Kamchatka's largest Holocene explosive eruptions about 7,600 years ago. 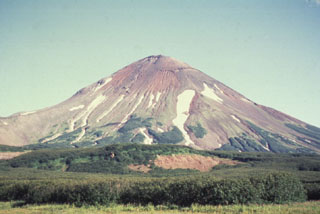