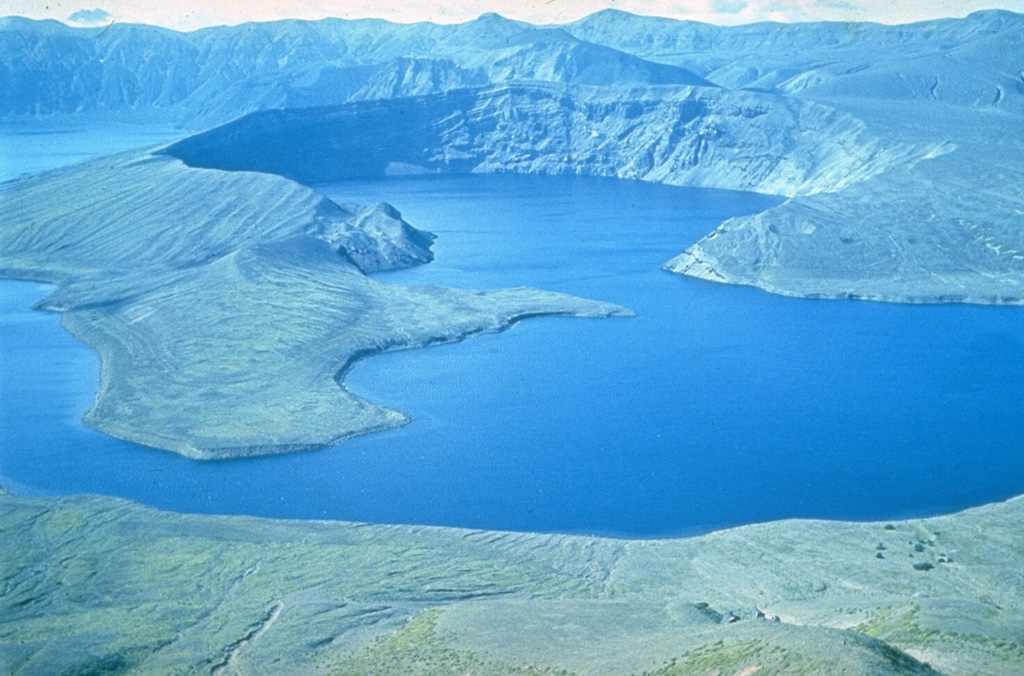 One of the largest 20th-century eruptions in Kamchatka took place in March 1907 from Shtyubel' Crater (center) within the Ksudach caldera. Plinian explosive eruptions deposited 1.5 km3 of ash that extended as far as 1,000 km to the NNE. Plinian activity was followed by a laterally-directed explosion and the destruction of the Shtyubel' cone. Pyroclastic flows and surges traveled to the NW and over the Ksudach caldera walls. The eruption formed a chain of three craters (seen here from the NE) and lowered the height of the cone by about 650 m. 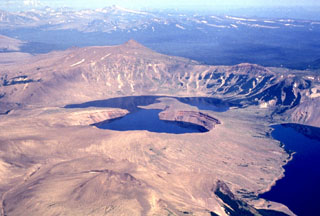