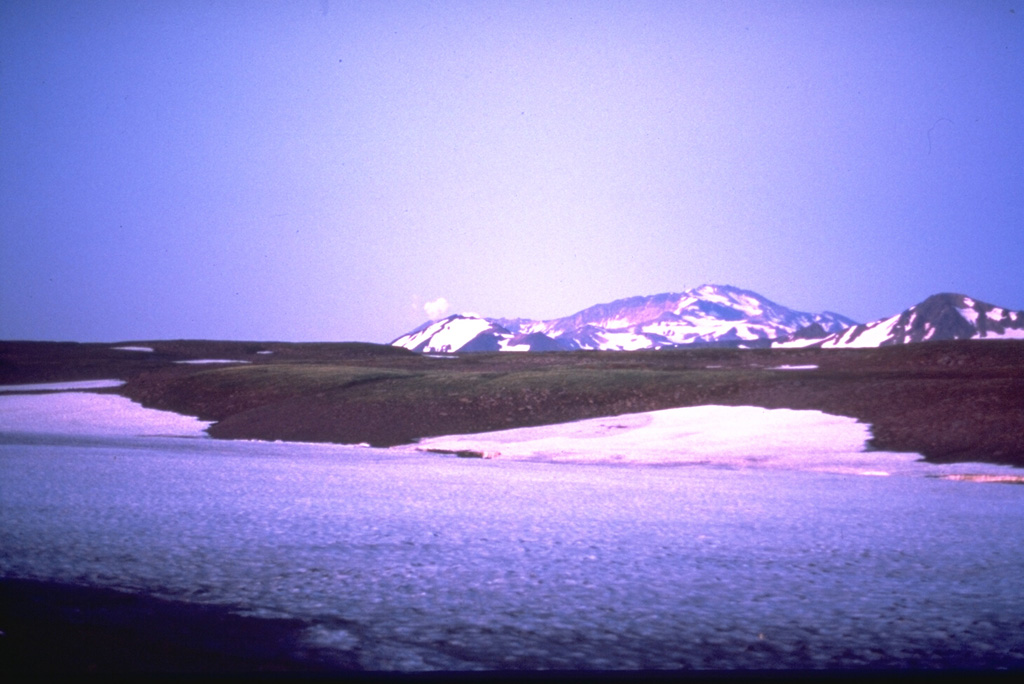 Gorely consists of five small overlapping edifices constructed within a large Pleistocene caldera that formed about 40,000-50,000 years ago. The rims of the 9 x 13.5 km caldera form the flat area on the center horizon and the peak at the right, seen here from the south. The Gorely complex contains 11 summit and 30 flank craters. Historical eruptions have largely consisted of moderate Vulcanian and phreatic explosions.