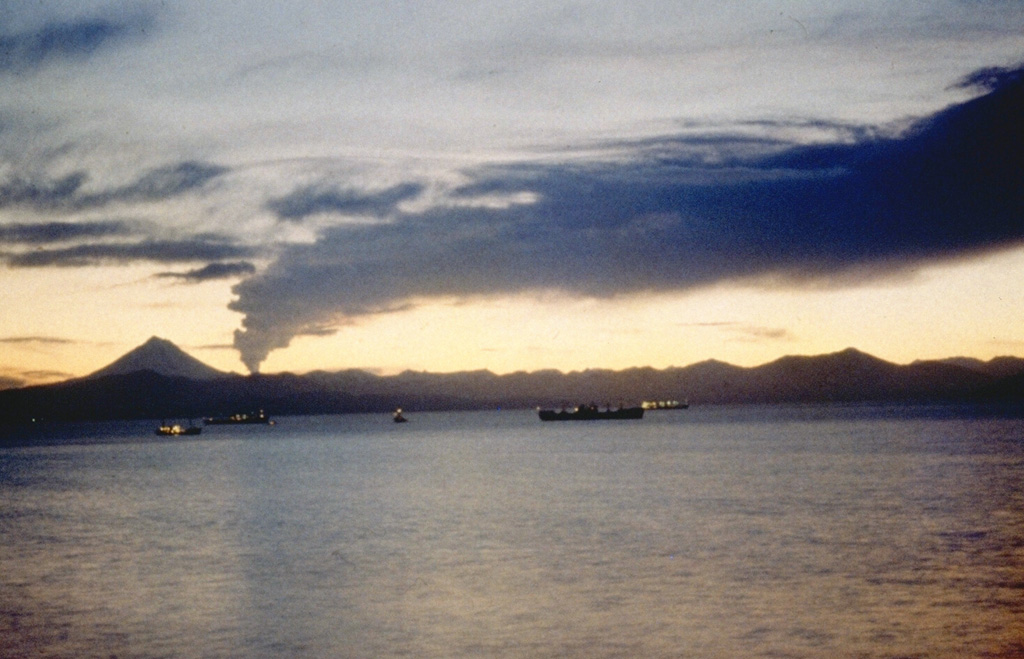 An ash plume from Gorely drifts to the N across Avachinsky Bay in this 1980 view from Petropavlovsk, Kamchatka's largest city. Explosive activity began in June 1980 and intermittent explosions took place until July 1981. An explosion on 31 July produced a plume that rose up to 5.5-km altitude, and a pyroclastic flow was produced on 3 December 1980. 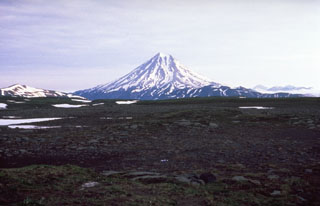