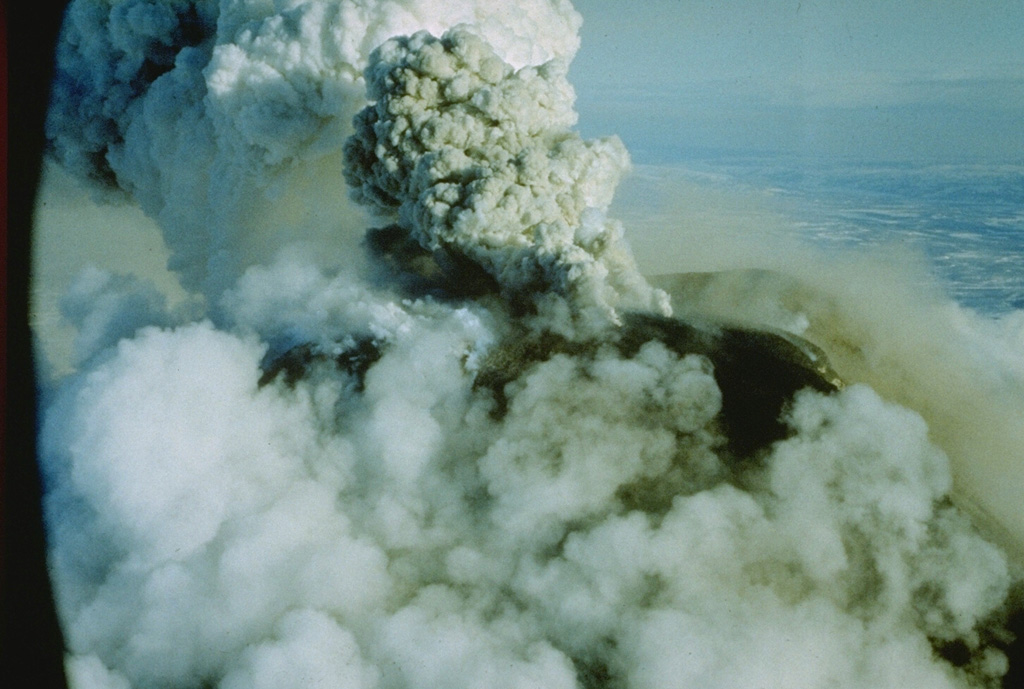 An ash plume rises from the summit crater of Avachinsky on 16 January 1991. An explosive eruption began on 13 January 1991 and produced ash plumes 4-5 km above the crater, resulting in ashfall on Petropavlovsk. During the eruption, lava filled the 260-m-wide summit crater. Small lava flows spilled over the crater rim and advanced 1.5 km down the SSE flank and a short distance down the SW flank. The lava flows melted snow to form small lahars down the S flank.