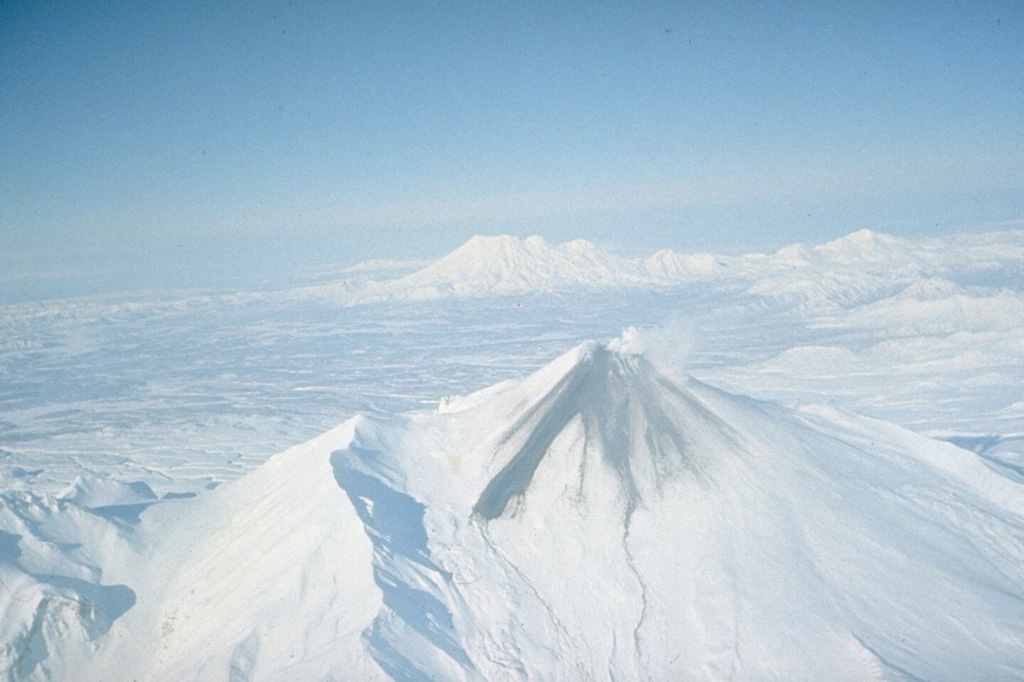 During an eruption in January 1991, lava filled the summit crater of Avachinsky and produced these dark lava flows that overtopped the S rim and traveled 1.5 km down the SSE flank. The modern cone of Avachinsky was constructed within a large horseshoe-shaped crater, with the rim visible to the right and to the left of the cone in this view. The crater formed during flank collapse during the Pleistocene. Zhupanovsky is visible to the NE.