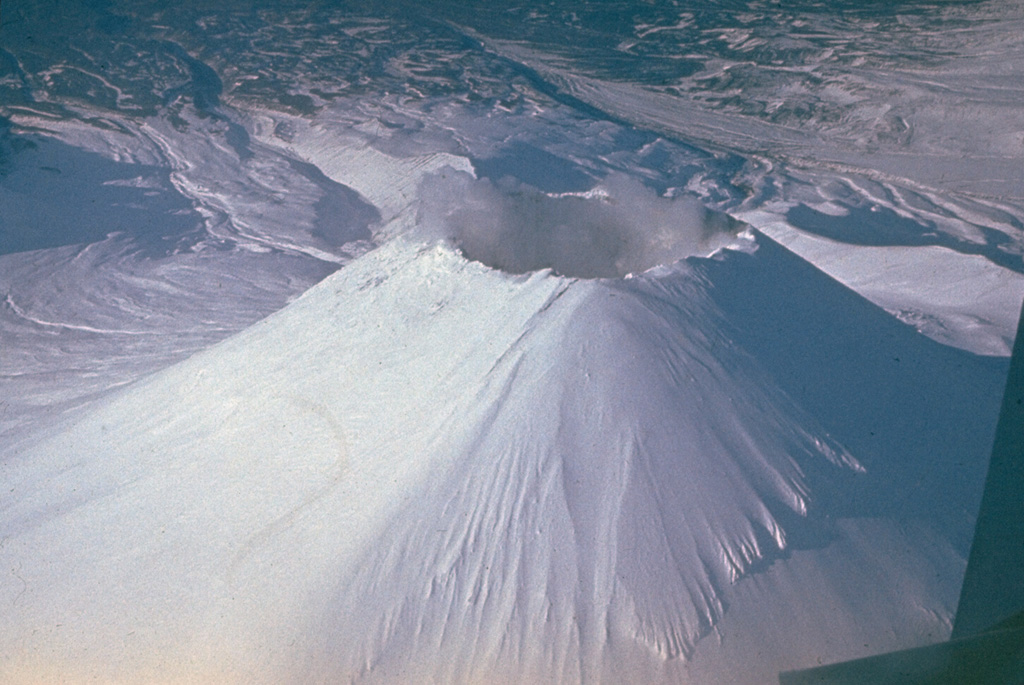 The Avachinsky cone was constructed during the late Pleistocene and Holocene within a horseshoe-shaped crater formed by late-Pleistocene flank collapse. The 250-m-deep summit crater seen in this view was completely filled with a lava during an eruption in 1991.