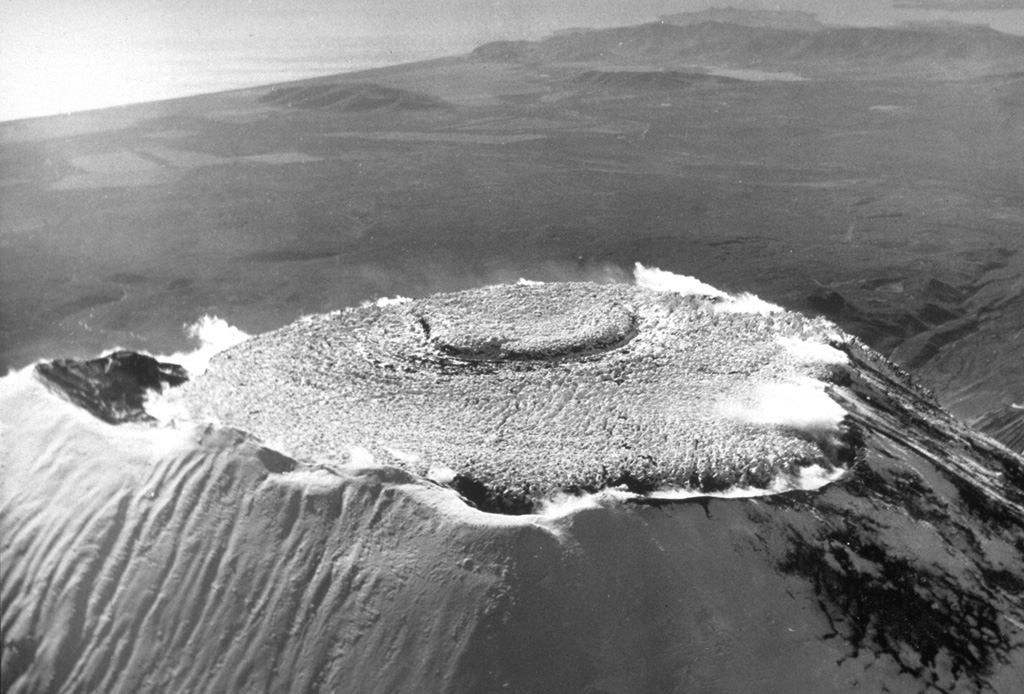 This October 1991 photo looks NW across the lava that filled the summit crater of Avachinsky during an eruption in January 1991. The eruption began on 13 January and produced ash plumes to 4-5 km above the crater. By the time the eruption ended on 30 January, the crater was 400-500 m wide, 250 m deep, and filled with lava to its rim. Lava spilled over the southern rim of the crater, producing lava flows that traveled 1.5 km down the SSE flank and short distances down the SW flank.

Photo by A. Obsyannikov, 1991 (Institute of Volcanic Geology and Geochemistry, Petropavlovsk).