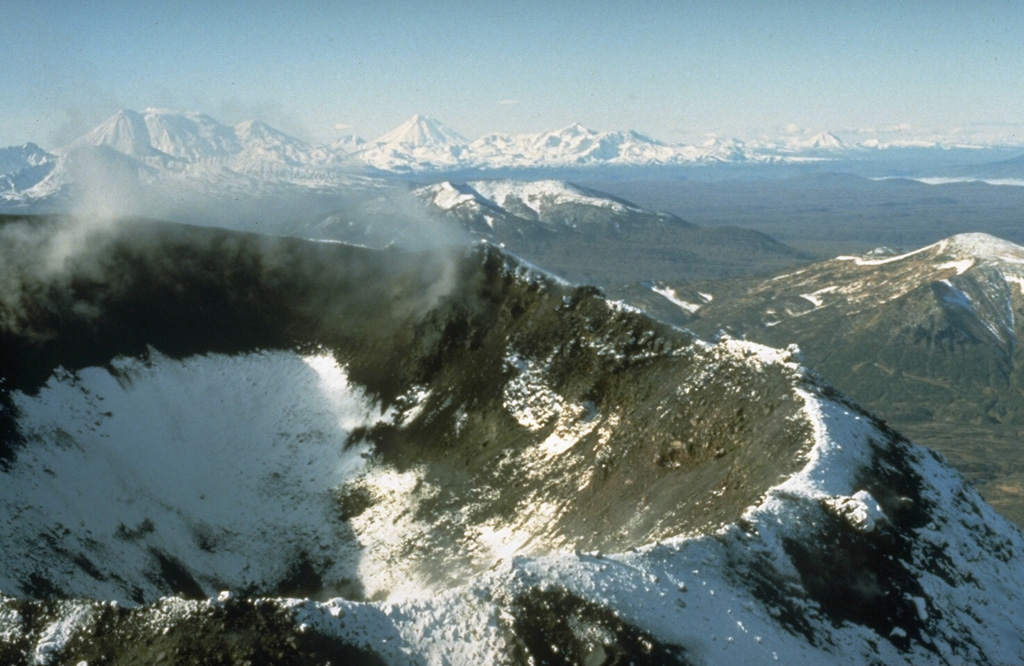 The 200-250 m wide Karymsky summit crater formed following a long-term eruption during 1970-82. This early 1990's photo shows the crater from the NE. Several other prominent central Kamchatka volcanoes are in the background. Zhupanovsky, to the far left, is composed of four overlapping edifices constructed along an WNW-ESE line. Koryaksky is to the left-center, and the broad Dzenzursky massif to its right.