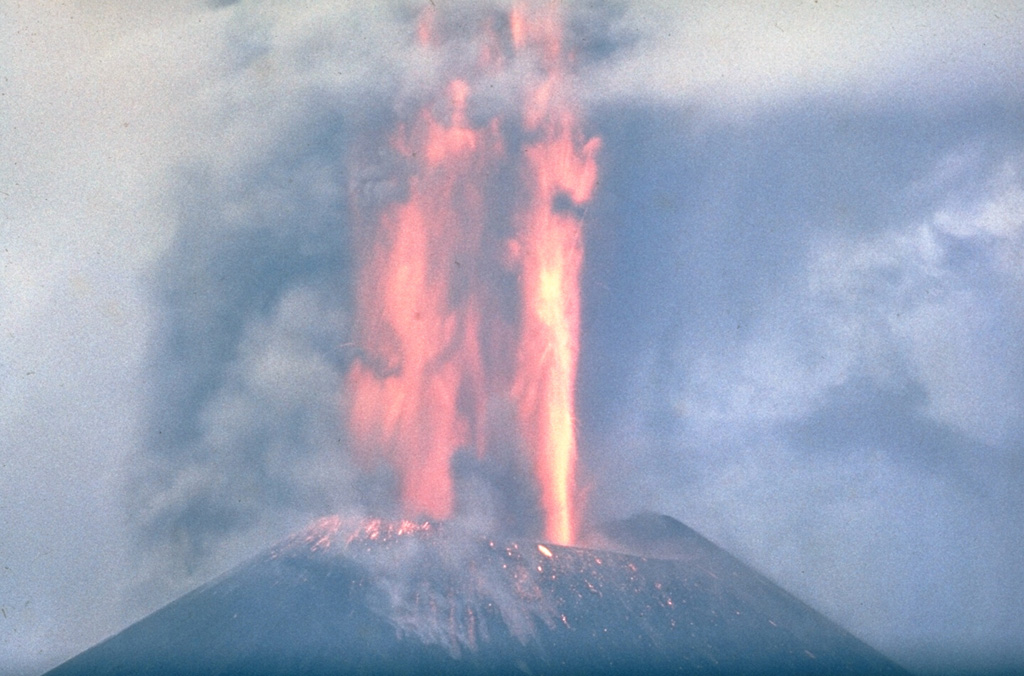 Lava fountaining at a scoria cone along Kamchatka's Tolbachik S-flank rift zone in late-July 1975. This was the first of three large cones that formed along the northern part of the rift zone during the early stage of the eruption. The lava fountains reached heights up to 1-2.5 km above the vent and ash plumes rose 10-18 km. After 27 July, eruptions from the first cone were dominantly effusive. Activity at the first cone ceased on 9 August.