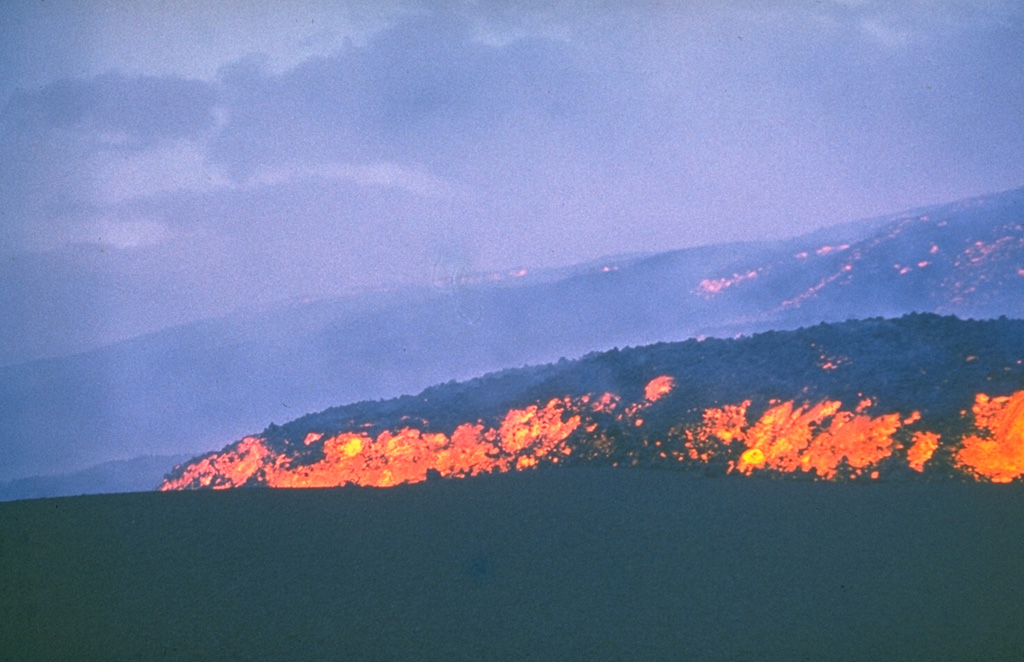 The incandescent lava flow front advances across an ash-covered surface in July 1975. Incandescence can also be seen in the main body of the flow behind it. This lava flow, the first of the "Great Tolbachik Fissure Eruption" of 1975-76, originated from the first of three large scoria cones that formed at the northern of two principal eruption sites.