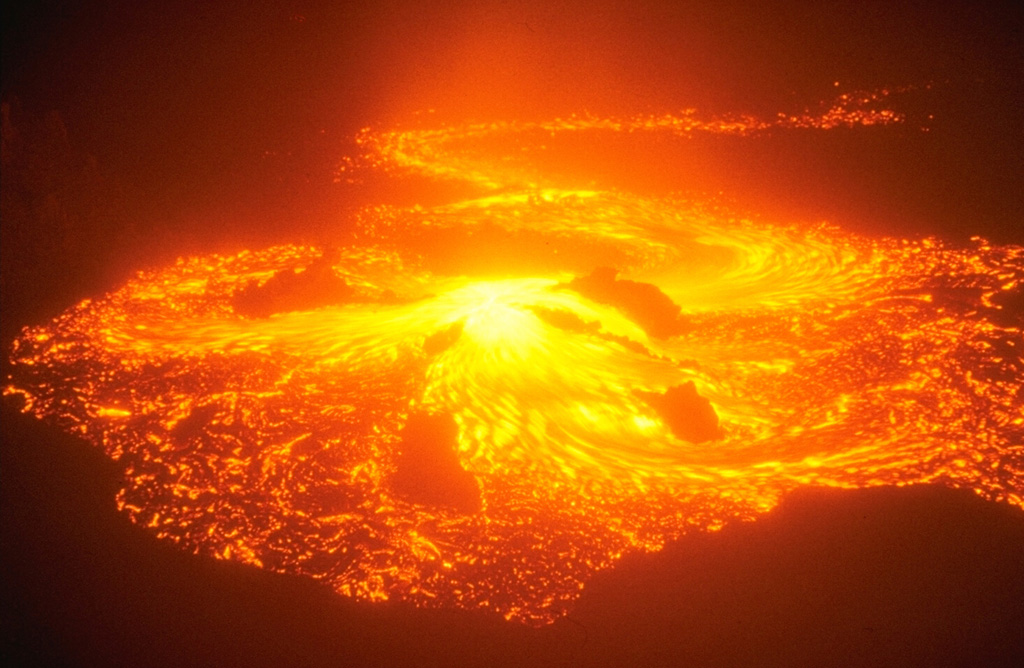 Incandescent lava flows from the southern eruptive center of the "Great Tolbachik Fissure Eruption" in January 1976. Activity from the southern center, which began on 18 September 1976, was dominantly effusive. By the time the eruption ended in December 1976 the southern vent had produced a lava field that covered 40 km2 to an average thickness of 28 m.