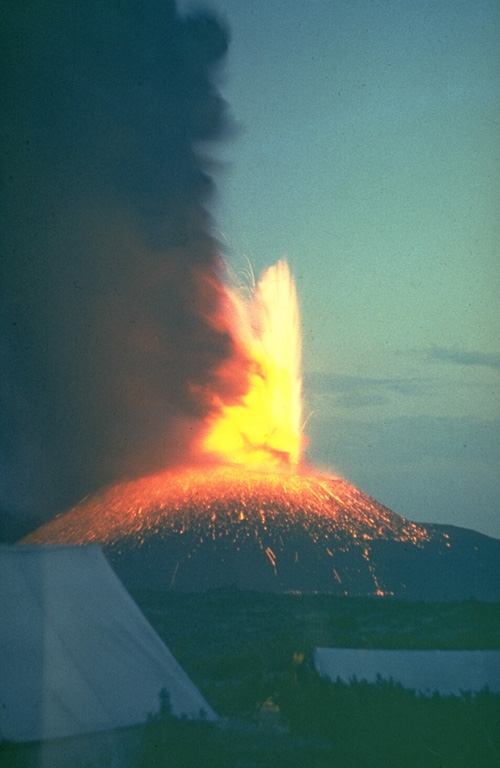 A lava fountain and ash plume rise above a volcanological field camp on Tolbachik volcano in July 1975. This photo was taken several days after the onset of activity along the southern rift zone on 6 July, and by this time the new scoria cone had grown to a height of 200 m. The upper flanks of the cone are blanketed by incandescent volcanic bombs.