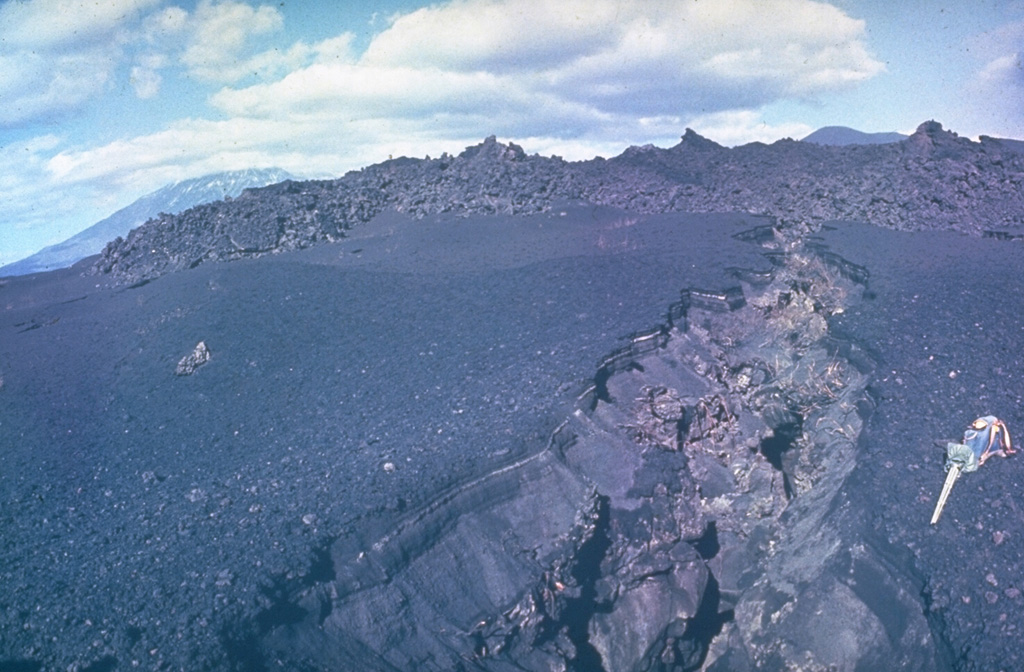 On 6 July 1975 a new fissure opened along the south rift zone of Tolbachik volcano during the "Great Tolbachik Fissure Eruption" of 1975-76, ending on 10 December 1976. Scoria cones grew to nearly 300 m high at the northern end of the 30-km-long eruption zone, with lava sheets covering more than 40 km2.